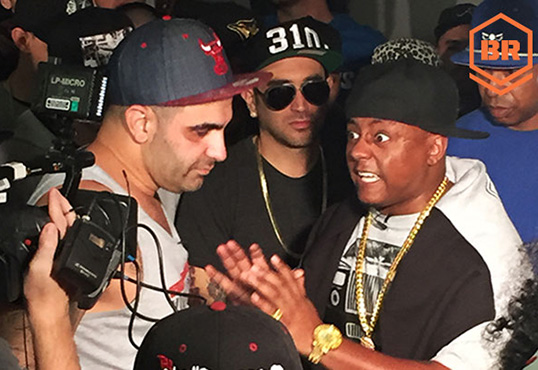 Cassidy wants to return to battle rap, and with the $250,000 paycheck he was flaunting for his last contract, that’s no surprise.

Taking to Instagram on May 5, the Philly MC posted a clip of himself rapping about battling, and tagged reps from the URL and King Of The Dot leagues ahead of an ocean of hashtags where he likened himself to Floyd Mayweather and Steph Curry.

“I’m ready to jump back in the ring!” he wrote in the caption.

So far there’s been no public response from the leagues, but Newark, New Jersey battler Shotgun Suge posted this in the comments: “Don’t get yo dumb ass killed in dat ring My Name SHOTGUN SUGE put some respect on it URL BULLY CERTIFIED GOOGLE ME.”

Cassidy launched his career with a legendary win over Freeway in 2001 in a spontaneous battle set up by Jay Z and Swizz Beatz to see who had the better up-and-coming rapper.

He returned to battle rap in December 2014, taking on Los Angeles battler Dizaster in a clash that had to be completed in a parking garage the day after their main event was cut short over timing issues.