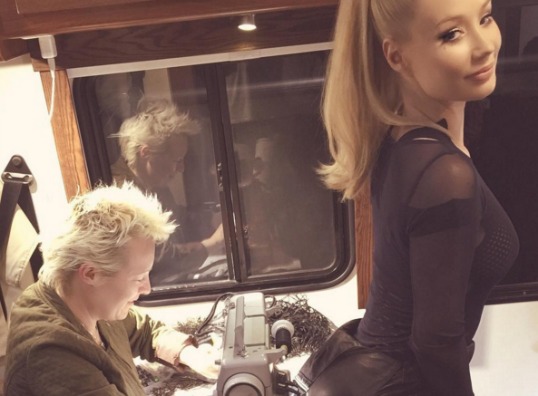 Iggy Azalea's Ex-Publicist Pinpoints The Exact Moment Of Her Downfall

Two years ago to this day, Iggy Azalea was riding high off the newly minted release of her debut studio album, The New Classic. Propelled by the monster hit “Fancy,” there was much promise for what appeared to be the first credible white female rapper. The fact she hailed from Australia also strengthened her allure.

In the present day, she’s more of an underdog; a maligned version of herself whose career has become pure meme and GIF fodder. Cold wars from everyone from Snoop Dogg, Azealia Banks, Q-Tip and her original culture voucher, T.I., has ostracized her from a substantial Hip Hop base, leaving her to vie for the attention of fans who consider “Fancy,” well, a new classic record.

While it’s easy to attribute her rifts with established rappers as the catalyst for a timeline that signals an epic fall from grace, Brian Scully has stepped up to offer an alternate perspective, more so an insider’s point of view.

As the former publicist for the headline magnet rapstress, Scully took to his Medium page to revisit how Azalea’s decision to hone in on management with no real connection to Hip Hop culture became her social media undoing.

“Our team at the time (let’s call it Team #1) was multi-cultural,” he writes. “Her manager and her best friend / assistant were both black, her stylist was Latina, and her publicist (me) and agent were white. Plenty of cultural perspective to go around. Perspective that couldn’t help but to rub off on Iggy.”

Scully says the arrival of Iggy’s new single, “Team” (which he describes the lyrics to be “self-destructive”) created an epiphany that her DIY mantra prompted plenty of bad decisions in his eyes.

“By the time Iggy officially moved to new management, I was the only one of the big three (manager/agent/publicist) left in the picture. What I witnessed was not only a change in personnel, but also a drastic shift in strategy,” he continued.

“Team #2 was rooted in England, almost entirely white, and had no connection to hip-hop. The perfect team for a British pop singer, but one less suited for someone who was, essentially, an American hip-hop artist.”

The changing of the guards also signaled the first time Azeala responded to Azealia, a decision that still haunts her to this day.

Scully goes on to state that his post isn’t meant to spite his former client and wishes her career and state of mental health all the best.

As for “Team,” it’s currently seated at No. 22 on the Billboard Hot 100. Her sophomore studio album, Digital Distortion, is supposedly dropping this summer.