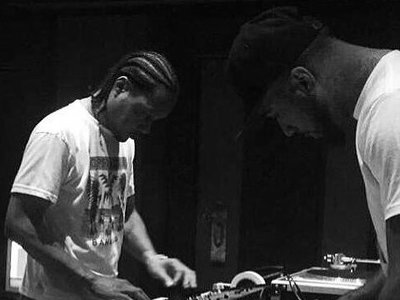 DJ Quik and Problem’s Rosecrans EP is now available to stream via Spotify.

DJ Quik and Problem have collaborated for the forthcoming Rosecrans EP, which is reportedly due tomorrow (April 20) according to tweets from Problem.

The two Compton, California artists rap and produce on the six-track collection, which features fellow Hub City rapper The Game on the title track.

Other guests include Wiz Khalifa, Buddy and JP Cali on “This Is Your Moment” and Problem’s Diamond Lane labelmate Bad Lucc on “Take It Off One Time.”

“This is a dream come true #Rosecrans,” Problem wrote today (April 19) of the project, which is named after a street that runs through Compton.

This is a dream come true #Rosecrans pic.twitter.com/fKtTouhYdy

The Rosecrans cover art and tracklist are as follows: