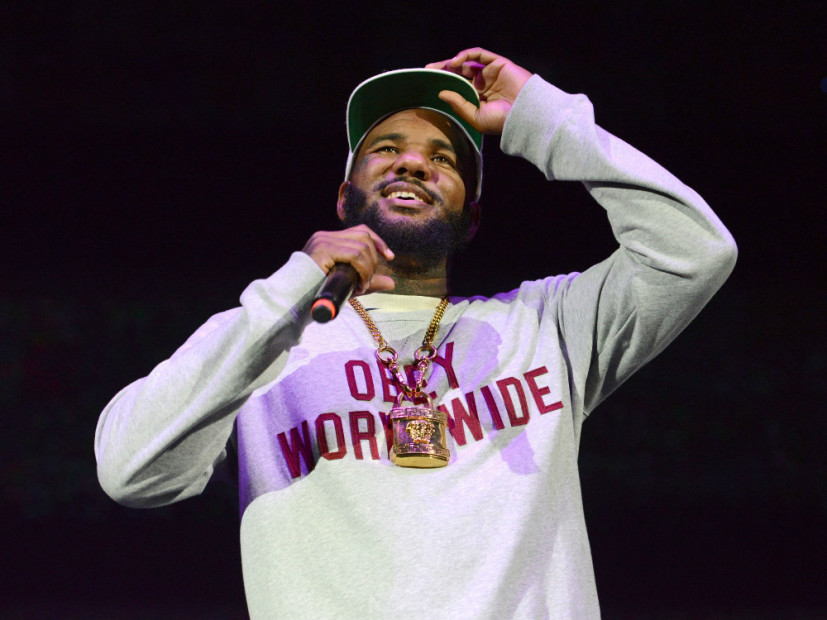 The music industry has been enraptured with the battle between Kesha and her label, Sony Music Entertainment. The singer, who signed with the company in 2005, recently claimed that she was raped by producer Dr. Luke early in her career and that he has mentally abused her as they continued to work together at the label.

Many artists, including Taylor Swift and Lady Gaga, have sided with the singer. Now, she can also say The Game is on her team as well.

“Let her off the label,” the Compton, California rapper says to TMZ.

He explains that the artist’s well-being should be the priority of the label.

“Let her do her thing. I don’t understand music and the slave mentality,” he continues. “If the artist is not happy, you should let the artist do their thing.”

The reporter asks The Game about abiding to her contract. The court ruled that Kesha must remain on Sony to fulfill her contract. She has filed an appeal in the case.

“Fuck that contract,” he says. “You know what a contract is? A piece of paper that I signed when I was dumb and illiterate to the music business. Then you figure it out, you get smart, you get aware, you realize you signed some bullshit.”

Watch the video of The Game defending Kesha below: