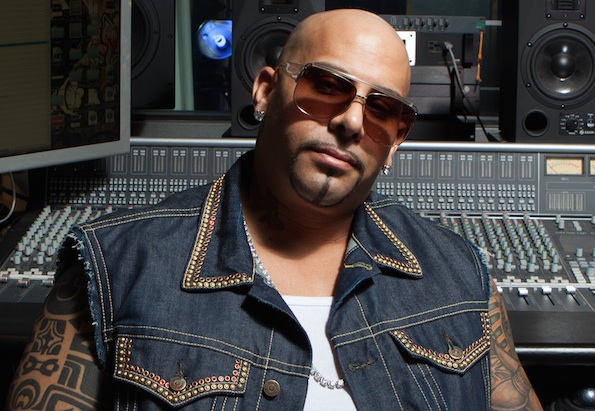 Los Angeles, CA – With his numerous successes, it’s interesting to hear Mally Mall describe the confusion his moniker incurs. The Northern California emcee-slash-producer has notched hits with “Wake Up In It,” featuring Tyga, French Montana and Pusha T; “Drop Bands On It” featuring Wiz Khalifa, Tyga and Fresh, to name two. He was also famously shouted out by Drake on GRAMMY-winning single, “The Motto,” a nod that he credits with significantly increasing his profile.

During a recent conversation with HipHopDX’s Live With Steve Lobel, Mally Mall detailed how he was often confused with legendary producer, Marley Marl.

“Marley Marl is spelled [differently] but it’s just that it’s said fast,” the Love & Hip Hop star details. “It’s funny because I feel like, him as a legend, that’s what I grew up listening to. He inspired me. I thought his name was ‘Mally Mall,’ too. Then I looked on the credits and it was ‘Marley Marl.’ I wanted that to be a connection. I remember the first time I dropped a ‘Mally,’ on the song with Tyga. We went on Sway In The Morning. We’re doing the interview and Marley Marl calls in. He says, ‘Who the hell is this dude Mally Mall?’ Sway says, ‘No disrespect. This dude loves you. He’s a great fan. You’re part of the reason he even started producing.’ He said, ‘OK, Sway. If you say he’s cool, he’s cool. I just don’t want no impostors.’ He’s older now, still looks great from what I hear. He’s still looking young. Big shout out to Marley Marl. I appreciate the inspiration, man, and all the hits he put out. That’s from the heart.”

“The name was given to me by Mac Dre,” he says. “When we grew up, he was about seven or eight years older. It was Mac Dre, Mac Mall, we had E-40. As we know, the ‘Macs’ were popping. Remember Mac Mall, Mac Dre, Mac This, Mac That. I was mad because I wanted to be Mac Mall. But he was talented. I wasn’t rapping back then. I was just producing and playing around. To make a long story short, now I’m glad I’m Mally Mall because the Macs are kind of dead—either literally dead or just burnt out. Nobody’s tryna be a ‘Mac’ no more.”

Despite the initial confusion, Mall says the tables have started turn as many now assume Marley Marl is behind many of his recent hit records.

“A lot of times my name is said—that’s one of the reasons I even did Love & Hip Hop—people mistaking my hits now for the old Marley Marl,” he says.

“Me and DJ Franzen, we came to Las Vegas around the same time and we just started building relationships and grinding,” he explains. “At first I thought production was where it was, but the game changed. If you don’t have writers; if you don’t have other producers; if you don’t have a whole team around you, then you can push beats all day but you’re not really going to place records. I came to Vegas in 2001 and I met a Playmate in Vegas and we got into the concierge businesses, entertainment businesses, real estate, promotions, telemarketing, everything. I got into the entertainment business and used that to push the love for the music and facilitate the houses, the cars. As we know, there’s a lot of talent out there. There’s a kid like Drake… but because they don’t have the resources, the bridge, the avenue to get the music out there—to get to say ‘I’m about to go pick up Drake.’ That’s how we met. I sent two Maybachs back-to-back to come pick him up and he came to the house for his birthday. We ordered soul food. We went to the studio. We’re walking to the studio and he’s like, ‘What do you about Mac Dre?’ I said, ‘What do you know about Mac Dre? That’s my brother.’ We went inside the studio and I said, ‘Let’s see what you know.’ We went inside and started pulling up beats. I went outside to go get some soul food. I came back in and this kid laid the first verse and the hook all in one take. It was on camera. I was like, ‘Whoa, he’s talented.’”