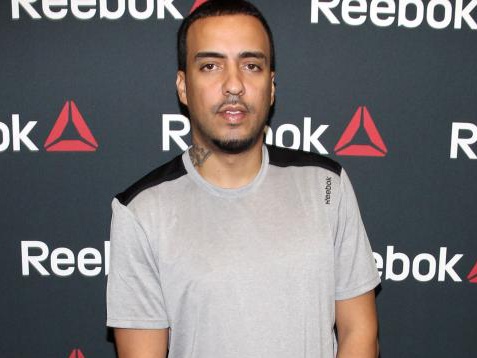 Presidential candidate Hillary Clinton has received the backing of a number of artists in the Hip Hop community, including Ja Rule and Russell Simmons. And according to rapper French Montana, Clinton will “win it” come election time.

French, who revealed that none of the candidates have caught his attention yet, offered his thoughts on the presidential race during an appearance on “Larry King Now.”

“It ain’t nobody that caught my attention yet, but I think Hillary gonna win it,” French Montana said.

French also offered his thoughts on another presidential candidate, businessman Donald Trump. In regards to Trump’s proposed plans to ban Muslims from entering the United States, the musician echoed comments he made earlier this year in an interview with Hot 97.

According to French, the majority of the people ISIS is currently fighting are Muslim.

“I feel like what he said was just–I feel like it was just him talking the talk,” he said. “Cause he talk about ISIS and things of that nature. And try to stop all the Muslims from coming here. What he don’t know is that ISIS, 90 percent of the people they at war with is Muslim people. ISIS is at war with Iraq, all the Muslim people out there…And he’s supposed to spread a positive message. A leader’s supposed to spread a positive message. You don’t just come and start doing things like that to the people. I mean, when you say you wanna stop all Muslim people from entering the states, that’s a big statement.”

Video of French Montana speaking on a Hillary Clinton win, can be found below.