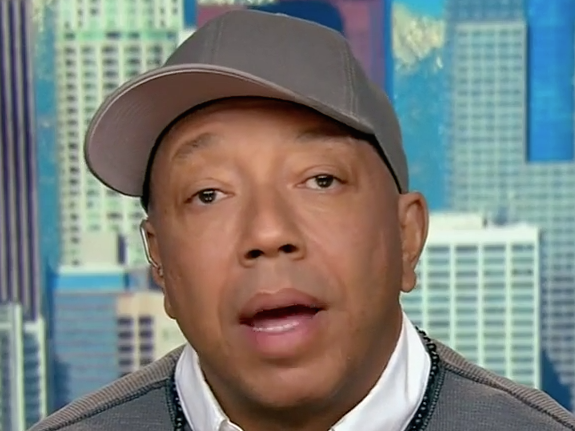 “I just just decided to endorse my longtime friend, Senator Clinton,” Simmons says during an interview with CNN. “I think Bernie Sanders is overpromising. He’s insensitive to the plight of Black people and what good is it if you don’t take lobbyist’s money and you don’t acknowledge the #1 threat to America and to the world is the factory farming lobby because it is poising the planet quickly and it is poisoning its inhabitants.”

Simmons, a vegan, says that the diet of humans plays a large role in the future of the planet.

“The shift has to be made away from the animal products, away from the beef industry specifically, but all the animal products into a plant-based diet or there will be no planet and in the next 50 years, we won’t even have an ocean,” Simmons says. “And when the oceans die, we die. So we must change the rate at which we consume animals and we cannot have a lobbyist take advantage of all our natural resources in order to poison the planet and its people.”

Simmons, who says the CNN interview segment’s time constraints did not afford him the opportunity to elaborate on Sanders’ insensitivity to Black constituents, says he did bring up his concerns about the human diet to Sanders.

“I asked him about it and he brushed it off, even though he knows that your earthquake and certainly all of these storms are the result of factory farming,” Simmons says. “We now have all the proof in the world that Climate Change is man made and we have to do something to derail it. So that to me, aside from his insensitivity to Black voters, caused me to support Hillary Clinton, who I think can win.”

Killer Mike has been critical of Clinton and a vocal supporter of Sanders, a Vermont Senator. Simmons, though, says Clinton is the better candidate.

“I think Senator Clinton has been sensitive, supportive of a progressive agenda,” Simmons says. “She’s realistic in what she can get done. She’s able to beat the Republican candidate and I think Bernie Sanders would not be able to or could lose, and I don’t want to take that chance.”