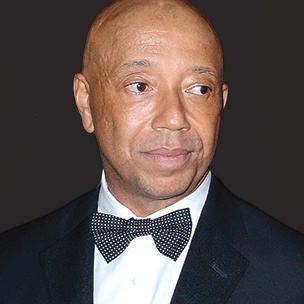 Russell Simmons spoke in-depth about his vegan lifestyle, during an interview with The Breakfast Club.

With the release of Russell Simmons’ new book, “The Happy Vegan: A Guide to Living a Long, Healthy, and Successful Life,” the Def Jam co-founder appeared on The Breakfast Club to speak on the benefits of a vegan lifestyle.

Simmons first informed listeners that the Food And Drug Administration (FDA) doesn’t have their best interests at hand.

“People think the FDA is looking out for you,” Russell Simmons said. “They’re telling you milk is a food group. You’re lactose-intolerant. If you’re black or if you’re Jewish, especially. And if you’re white, mostly. You are lactose-intolerant. There’s nothing good. You’re not getting calcium from milk. Milk does not do a body good. What I did is I wrote a book that’s simple…I wrote a simple book that you can digest the idea. It’s also a simple book that you can do it and save a lot of money being vegan. Cause the idea that being vegan’s expensive is a misconception. So, I just wanted to clear that up and show people that they can have stuff that we like.”

“This idea that that’s part of your diet, culturally,” he said. “No matter where you’re from, is not true. People are not meant to eat that kind of meat. So, we killing ourselves and I just wanted to share…I think naturally—It’s in all the scriptures, not to eat [meat]. Even the Jews said be vegan…When they say it’s organic and this, so many loopholes. The government is paid to allow those loopholes. And they poison us.”

Video of Russell Simmons speaking on his vegan lifestyle, can be found below.