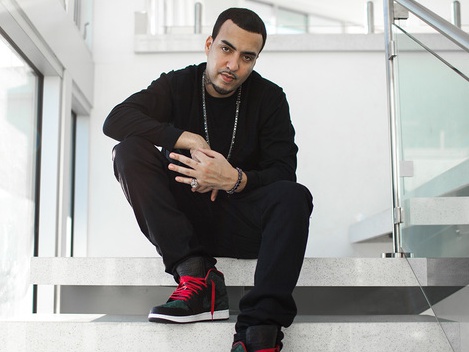 Despite the number of disses that have been exchanged between rappers Drake and Meek Mill, French Montana recently shared his belief that the two don’t have “real problems.” The Morocco-born rapper offered his thoughts on the feud, during an appearance on “Larry King Now.”

French compared Meek and Drake’s feud to sparring, and pointed out the fact that no one has been harmed as a result of the beef.

“I feel like with this situation, it’s different,” French Montana said. “But at the end of the day, I don’t feel like they have real problems. I feel like it’s just a sport. It’s a sport, so it’s like competition…Sometimes you spar with somebody. That’s what that is. Cause ain’t nobody get hurt. Nothing happens. So, I feel like it’s just part of the game. It brings excitement to the game.”

Nearly 10 months after Meek declared that Drake “don’t write his own raps,” disses are still being exchanged in the feud between the two wordsmiths. During an appearance at Libertine in London last month, Drake performed an altered version of the Meek Mill diss, “Back To Back,” and rapped: “That nigga still ain’t did shit about the other one.”

During French’s interview with Larry King, the topic quickly switched from Drake versus Meek Mill to female rappers in Hip Hop, with French stating that there’s “probably like three” female rappers in the game, today. He did go on to give props to Nicki Minaj, Lil Kim, and Foxy Brown for their careers in Hip Hop.

“It’s a hard industry for a female to get in,” he said. “Your skin gotta be bulletproof for a lady to come into the game and take over. Like Nicki Minaj, props due to her. Lil Kim. Foxy Brown.”

Video of French Montana’s interview with Larry King, can be found below.