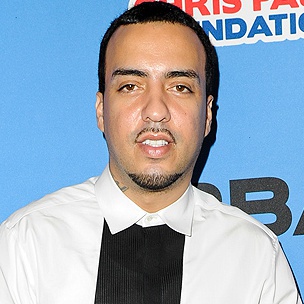 French Montana reveals that Kanye West and Nas will appear on a song together on his Mac & Cheese 4 album.

During an appearance on Hot 97, French Montana confirmed that his Mac & Cheese 4 album is done. He then explained that he was able to get a song featuring both Kanye West and Nas, and recently shot a music video with Beanie Sigel, Styles P, and Jadakiss.

“Right now I feel like it’s done,” French Montana said. “It’s [fully ready] to go. I finally got a song with me, Kanye, and Nas together. About to try and drop that. We just shot a video. It’s a song with me, Beanie Sigel, Styles, and Kiss, two days ago. So, I’m just trying to do something different with this. So, I have to wait until I get it all together. But now I feel like I’m fully loaded…I was in the studio with Kanye one day. Then me and Nas—Actually, me and Nas just finished his verse like three days ago. Me and him was in the studio.”

He then revealed that he has heard Kanye West’s SWISH album in its entirety. According to French, who listened to the album while at Ye’s home, SWISH features “some heaters.”

“He got some heaters. He let me hear the album…I sat down with him at his house. Listened to the whole album. It’s crazy,” he said.

Prior to speaking on his own album and Kanye’s, French criticized presidential candidate Donald Trump over his opinion on Muslims.

“Well, I’m fully against that cause when he speak about ISIS—See it’s a whole different thing,” French said. “Cause 90 percent of people that ISIS attacks is Muslim people. Is Arabic people. ISIS been at war with Iraq—They been trying to take over that whole thing for years.”

Video of French Montana speaking on his collab with Kanye West and Nas, and more, can be found below.