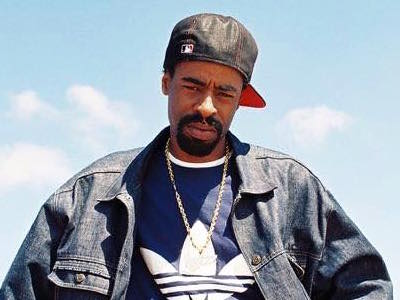 A meeting three years ago led to the what would become Legend Of The Bay, an hour-long documentary about the life of late Rap star Mac Dre that is now available.

“I met with Drake in San Francisco we sat down and he talked with me about how Mac Dre impacted his life and his career, what he’s doing and the big impact that Mac Dre had when Drake was a young boy,” Wanda Mac, Mac Dre’s mother, says during an interview with allhiphop. “So listening to that, it kind of opened up my eyes that maybe I do need to do this. If Andre was alive he would definitely be capitalizing and making as much money as he could.”

Warren G, Wiz Khalifa, Tech N9ne, E-40, Berner, Too $hort, DJ Quik and Wanda Mac are among the people interviewed for Legend Of The Bay, which documents the late rappers rise to fame and his influence with his compilations and the Thizz movement.

It took several years for Wanda Mac to deal with her son’s passing and his status as a rising rapper who became more famous upon his death.

“For a while up, for I’d say up to about eight years after he passed, his daughter and I kind of like went into seclusion,” Wanda Mac says. “As you know, we were really depressed, really hurt and really traumatized by his death and everything. The hard part for us was we didn’t really get a chance to grieve or mourn privately, because once he got killed he became an even bigger public figure.”

The talk with Drake opened Wanda Mac’s eyes to the significance her son had on music and helped her realize that she should celebrate his legacy.

“I finally got to the point where I could look at it from that point of view,” she says. “In the recent years I’ve been more accepting of monetizing the legend, the name and I’ve formed Andre Lewis Enterprise Company. I’ve really owned Thizz Entertainment and that business. For a long time I was not proud of it, but I am now and I think that conversation started with Drake, and with other up-and-coming entertainers like the Jabbawockeez. They told me how they emulate Mac Dre with a Mac Dre skit to start their show.”