Nate Dogg is featured on four of the five tracks. Other features include E-40, Too $hort, Bun B and Jeezy.

This is the follow-up to Warren G‘s 1994 debut album, Regulate…G-Funk Era.

The tracklist is below along with the album stream:

(The original article in this thread was published July 9, 2015 and is as follows.)

Warren G announces that Regulate…G-Funk Era Part II will be released August 6, according to Billboard.

The project will feature recordings from Nate Dogg, who collaborated with Warren G on a handful of tracks, most notably “Regulate.” Nate Dogg passed away in 2011 from stroke complications.

“[Fans] will be able to hear unreleased songs with me and Nate,” Warren G says. “They have been asking for years, ever since he passed away and even before he passed away, they wanted music from me and him. It was a lot to work on records with one of your buddies, one of your best friends who’s not with you anymore.”

The first single, “My House,” featuring Nate Dogg, will be released soon.

Although the tracklist has not been released, Warren G says that the other features include a variety of rappers that he and Nate Dogg admired.

“Artists like E-40, Too $hort, Young Jeezy, Bun B are vets of Hip Hop,” Warren G says. [They’re] artists that me and Nate loved and wanted to work with.”

The EP will be the sequel to his debut album 1994’s Regulate…G-Funk Era. 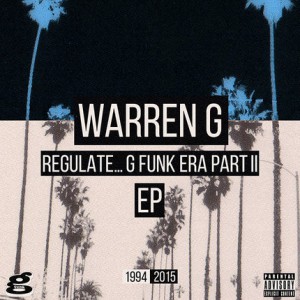