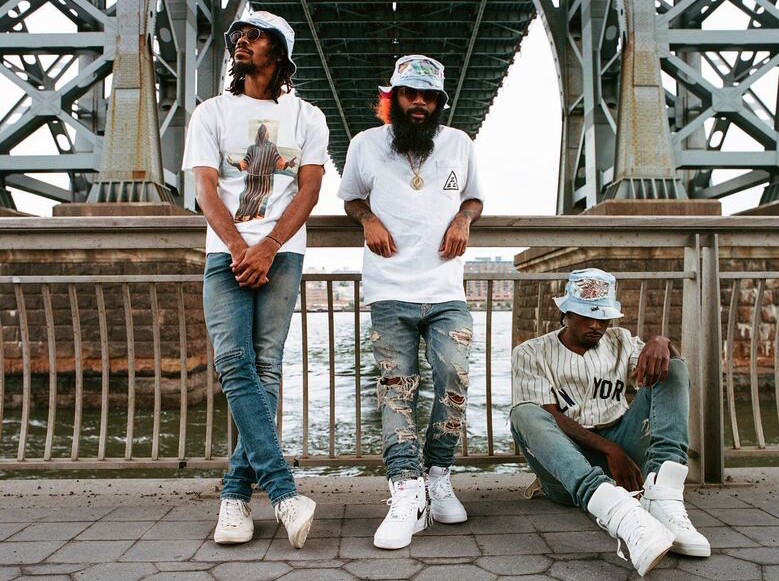 While preparing what would become its first album, 3001: A Laced Odyssey, Flatbush Zombies didn’t want to stray from the serious subject matter that had helped the group garner a ravenous fanbase through mixtapes and live performances.

“As much as we feel like we’ve been in the game forever, this is our first offering for a lot of people, so it’s important to put all that shit into your first effort,” Erick The Architect, who is joined in the trio by Meechy Darko and Zombie Juice, says during an exclusive interview with HipHopDX. “That wouldn’t be Flatbush Zombies if we didn’t talk about all those things, darkness and light, pain and suffering and happiness and all that shit. That’s who we are.”

Throughout 3001: A Laced Odyssey, Flatbush Zombies deals with such stark subject matter as depression and suicide on such cuts as “Fly Away” and “Ascension.” The songs have connected with a wide range of fans, the group says.

“People appreciate what we do,” Meechy Darko says during an exclusive interview with HipHopDX. “It’s not easy to digest, but it’s part of the lifestyle. We’re just being honest, being ourselves. A lot of people can’t even be honest with themselves.

“It wasn’t really something calculated,” Meechy Darko adds of the group’s subject matter. “I just went up to the mic and said it. People feel like that all the time. People have been killing themselves since the beginning of time. Some people ignore and act like people don’t feel like that. We have fans that deal with that and I’ve dealt with that. I know it’s not the most profitable thing to be talking about, but it’s probably more important than talking about how many clothes I have in my closet.”

As much as Meechy Darko says the songs help him, the also appear to help the group’s fans.

Flatbush Zombies Discusses Duality Of Life On 3001: A Laced Odyssey

On 3001: A Laced Odyssey, these sobering songs are followed by “Ascension,” a meditation about trying to be bigger than God. The sequence of the songs plays into the duality of life.

The vibe of the music extends to the 3001: A Laced Odyssey cover art.

“The cover art is supposed to be some post-apocalyptic New York City shit,” Erick The Architect says. “I think when you take a look at the cover, some people just see us in the middle and they look around and see the other stuff that’s going on. You take a closer look, there’s chaos and stuff that may look like fantasy, but it’s reality. It’s a depiction of what we think the future will be like and this is where we stand in society. I think it’s also cool that it’s a drawing and not just us with weed, our arms folded with backwards hats. There’s nothing wrong with it, but I don’t think that really encompasses the music. We wanted the music to be as musical, as creative as the cover was. They have to be in sync with each other. Otherwise, it wouldn’t really hit.”

One act Zombie Juice says hits is Tech N9ne, whom he shouts out on “The Odyssey.”

“He just fuckin’ kept grinding and that’s kinda like what we do,” Zombie Juice says. “We just do what we wanna do. Who gives a fuck if anybody says anything. And we’re independent like he is, so he’s a fuckin’ forefather in Hip Hop. People don’t give him credit because they think he’s weird.”