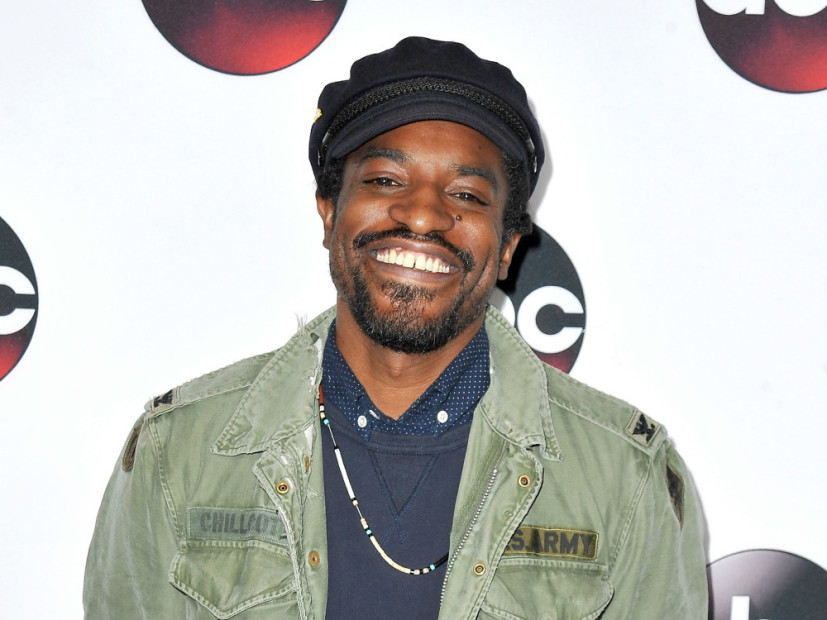 Harlem, NY – Phife Dawg was honored yesterday (April 5) at a memorial service hosted by A Tribe Called Quest held at the Apollo Theater in Harlem, New York. The Five Foot Assassin died in March from complications due to diabetes.

Among the speakers honoring Phife was Andre 3000, who says that an OutKast and A Tribe Called Quest collaborative project was talked about between the two groups. He says that the project never happened for various reasons and he is using this missed opportunity as a lesson.

“I don’t wanna let the time go by,” he says. “Please people, don’t let the time go by because you never know. That’s one of the biggest things that I regret now. For whatever reason we didn’t do it. It was on our plate and we let it go for our own personal reasons or whatever.”

Three stacks then reflects on the impact Tribe had on him and Big Boi as they were starting OutKast. He says that their label, Laface, referred to Andre 3000 as the “poet,”referencing Q-Tip‘s name as The Abstract Poetic, and named Big Boi the “playa.”

“We wanted to be a street Tribe, like a hood Tribe,” he says. “I guess that’s what we ended up being in a way.”

He then extends what he learned from talking with Q-Tip about different generations of artists respecting each other. The Tribe rapper told Andre that he saw a shift in the musical landscape when the Atlanta group broke into the mainstream. The OutKast member says he understands Q-Tip’s point after seeing rappers like Lil Wayne and Young Thug bring yet another generation of sound.

“My nigga said, ‘When y’all came out as OutKast, I knew that the tides had changed. I knew rap had changed,'” Andre 3000 says. “I knew what he was talking about. ‘Cause when I see Wayne and Thugger, I’m like, ‘Whoa, I can’t keep up with that shit.’ But it’s so dope. It’s the connection. They’re there because of us. It has to keep going. All this old shit, young shit and the old niggas hating on the young niggas, that shit gotta stop, completely. It’s all music. It’s all influence. There’s kids right now listening to Wayne, Thug was listening to Wayne. What I’m saying is like it’ll keep going. We gotta keep it going because we are all connected. I don’t have no big message or speech or nothing, but just keep that shit going, man. Tribe, they meant everything to me. They are everything, everything. There’s always these, ‘Who the greatest groups?’ and all this shit. Fuck that shit, man. That’s for real.”