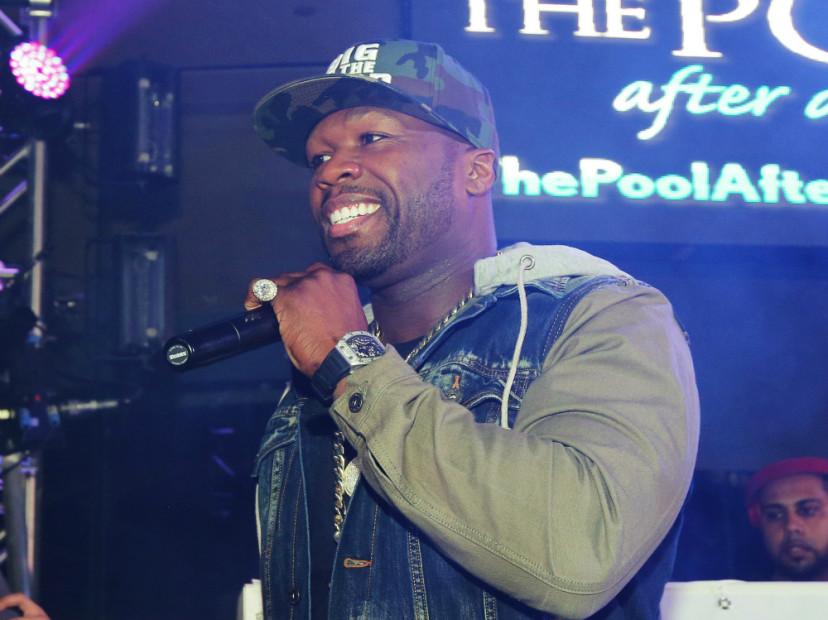 50 Cent had more shots for Puff Daddy in a recent interview with DJ Enuff on The Heavy Hitters Shade 45 radio show. When discussing the rivalry between his Effen Vodka and the Bad Boy Entertainment boss’s Ciroc, the G-Unit general says that Puff Daddy is not comparable to him and Diddy has used his Bad Boy artists to create a platform for himself.

The “I’m the Man” rapper details his plan to promote Effen across the nation. He recently signed Midwest mogul DJ Pharris to join the E Mob. The radio hosts ask him if he is copying Diddy’s blueprint for Ciroc with the Ciroc Boys.

Elsewhere in the interview, 50 Cent shares his thoughts on Donald Trump running for president.

“I think it’s a great investment,” he says of the entrepreneur’s campaign. “I think he already won, not he hasn’t won the presidency, but he’s won because I didn’t think he could ever be the president. Then it gets scary.”

Trump has faced criticism from the rap community for comments that people have deemed racist. Among the issues on his platform are the plan he has to build a wall between the United States and Mexico to prevent illegal immigration. 50 agrees that Trump’s potential presidency is dangerous.

“I gotta vote before this shit goes wrong,” he says. “This shit could go the wrong way.”

50 does not name which candidate he is voting for. Even though he will not be casting his ballot for Trump, he expresses appreciation for the businessman bringing a different voice to politics.

“It’s cool to have someone who’s not a politician because you learn not to trust politicians, right?” he says. “Because you always feel like, they’ll tell us when the world’s gonna blow up in two minutes, ok listen, we got 60 seconds left, ok, look, look, it’s a state of emergency. They want you to panic in between time. Goddamnit, I need to know. I need my whole two minutes so I can feel this shit out, you know what I’m saying?”

Watch the video of 50 Cent addressing Puff Daddy and Donald Trump below: