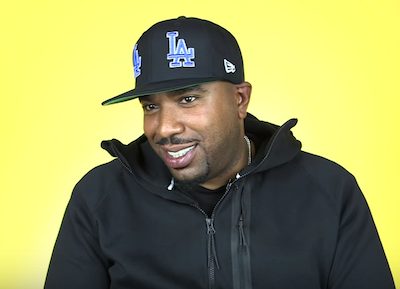 During an interview with the Tax Season podcast last year, N.O.R.E. discussed a supposed altercation that took place in the late 1990s between Fat Joe’s Terror Squad and Jay Z’s Roc-A-Fella crew. Even though he wasn’t at the incident, N.O.R.E. spoke about the rumor that the Terror Squad’s Big Pun hit Jigga in the head with a bottle.

The day after Thanksgiving last year, N.O.R.E. got a call from an unknown number.

N.O.R.E.’s phone rang again, this time from an unblocked number. He picked it up.

“He said, ‘So I hit [Memphis] Bleek for your number,’” N.O.R.E. says. “I knew it was him. I was like, ‘You can’t care about this shit. Like, this is really you. You can’t be taking your time out the day after Thanksgiving and calling me about something I did on a podcast.’ He was like, ‘Nah. I don’t care. I don’t care about the world knowing, N.O.R.E. You’re my nigga. I care about you knowing.’ So I said, ‘How do we fix this?’ He said, ‘Nah. You don’t need to fix it. But if the interview ever comes up again…’”

N.O.R.E., who raps about the Jay Z phone calls on his “Moments” single, says he kept Hov’s number.

“I locked the number in,” he says. “I’m never using it. Let me just throw that out there right now. Never using it. I know the Secret Service will knock on my door. ‘You text? Leave Hov alone.’ ‘No I didn’t text. I’m sorry.’”