Michael Jordan "A Hater Of Hip Hop," According To N.O.R.E. 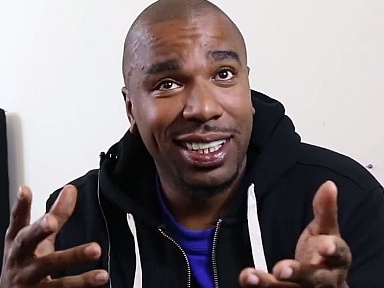 According to N.O.R.E., Michael Jordan once said “fuck rap.”

Although Jordans have been rocked by those in the Hip Hop community for years, N.O.R.E. says the man behind the brand is “a hater of Hip Hop.” During an appearance on the Rap Radar podcast, the Queens, New York rapper shared the story of his experience with Jordan at a Def Jam holiday party.

Before revealing that the famed basketball player declared “fuck rap,” during the party, he says Jordan also shut down Redman and Method Man. He then explained that hearing Jordan’s anti-Hip Hop rhetoric hurt, especially given the setting for the party.

“I seen him shut Redman down at a Def Jam Christmas party,” N.O.R.E. said, according to The Source. “We were all sitting there waiting to speak to Michael Jordan. Niggas said, ‘Yo, Redman and Method Man is here.’ [MJ] said, ‘Fuck rap.’ I seen the nigga say that…Quote me. I believe it was Redman and Method Man, and I’m to the side, so I can directly hear his voice. He was like, ‘Fuck rap.’ That shit hurt me. Def Jam Christmas party, Mariah Carey hosting and shit like that. He only spoke to Hov, but he spoke to Hov. That’s without a doubt.”

N.O.R.E. also revealed that Jordan, who was once called a “scumbag” by Vince Staples, was to make an appearance in his “Oh No” video, but asked that his image be taken out of the video. The music video included footage from a boxing match Jordan attended.

“The original video had Michael Jordan in there. Jordan is a hater of hip hop,” the rapper said.

Audio of N.O.R.E. speaking on Michael Jordan’s alleged hatred for Hip Hop, can be found in the stream below.