Memphis Bleek: The Hood Gassed Me Into Starting Nas Beef 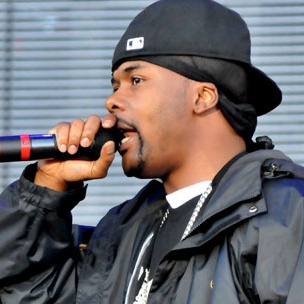 “Nah, not that ‘He got you.’ He got one,” Memphis Bleek said. “‘Yeah, we gotta get him. We gotta get back. We gotta double-back. Re-plan this strategy.’ Because you can’t front, when he dropped ‘Ether,’ everybody was just rocking with him. But you know what I noticed over the years? People love the underdog.”

It’s been years since Memphis Bleek released his last studio album, and according to the lyricist, he’s no longer passionate about releasing one. During his interview, Bleek explained that in today’s music climate, fans are no longer buying albums.

The rapper then revealed that while he isn’t concerned with releasing an album, he does have a number of songs he’s recorded. He shared his plans to use those records to help the artists he’s currently working with.

“I’m just not passionate about an album,” he said. “I don’t think nobody buy albums. Nobody cares about albums. Music don’t last that long no more to really drop an album anymore. An album lasts about a week now. Then the next day they on somebody’s new single on the internet. Your album is forgotten about. I make records all the time. I got a whole stash of records. That’s why I’m getting back into the groove of dropping records. Cause I got artists I’m working with…So, it’s like I wanna get back in the mix to build these relationship to make the road easier for them.”

At one point in the interview, Memphis Bleek was asked if Jay Z’s expectations of him were too high at the start of his music career. He agreed that the rapper’s expectations were in fact too high, since there was “no matching” Jay Z.

Bleek later revealed that he has never had a fallout with Jay Z, but did miss several opportunities, including touring with The Notorious B.I.G., because of the change in his work ethic after receiving a little bit of fame.

“Of course,” the rapper said when asked if Jay Z’s expectations were too high. “That right there, you don’t even know. When that line came out on that album, I was in the crib writing every day. Cause it’s like ‘Damn, I gotta match–I gotta try to be better than what you are.’ Cause remember then, he wasn’t what he is now. So, you know, it was a ceiling there I thought I saw. But then he just took off. It’s no matching that…I missed that whole run [Bad Boy tour] because I was feeling myself. Coming Of Age dropped. I got the V. I’m the man in school. I don’t need the studio no more. I accomplished what I needed…I didn’t drop an album. This was just Coming Of Age on the album. I was feeling myself, so I didn’t want to go to the studio. And then Jay came to the crib and had a real conversation with me that I always held to this day. And it changed my life.”

Video of Memphis Bleek speaking on Jay Z and Nas’ feud, can be found below.