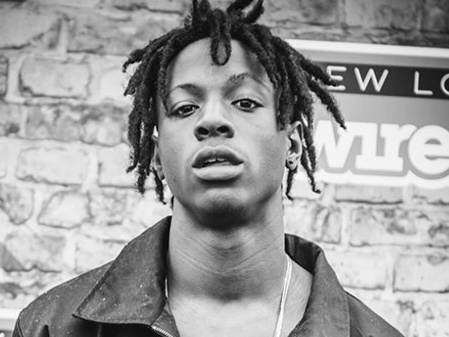 During a recent interview with DJ Enuff on Shade 45 radio, Brooklyn rapper Joey Bada$$ spoke on his interest in acting. He says he’s been a lot more focused on getting into film, which he says he’s been interested in since the eighth grade.

“What I really been up to, is I been getting into films a lot,” Joey Bada$$ said. “It’s been my dream to act since I was in like eighth grade. I always wanted to be an actor. And I feel like the music just made it a little bit easier for me to chase that dream. It just got announced that I will be on the new season of ‘Mr. Robot,’ which is a series that comes on USA.”

Joey Bada$$ did also speak on his music plans for the year, suggesting that his focus for this year has shifted to “free, loose music” for fans. He also hinted at the possibility of releasing an album this summer and another album at the end of the year.

Video of Joey Bada$$ speaking on his role on “Mr. Robot” and his 2016 album plans, can be found below.