Hopsin Calls Funk Volume “A Virus To My Career, My Life And My Financial Situation" 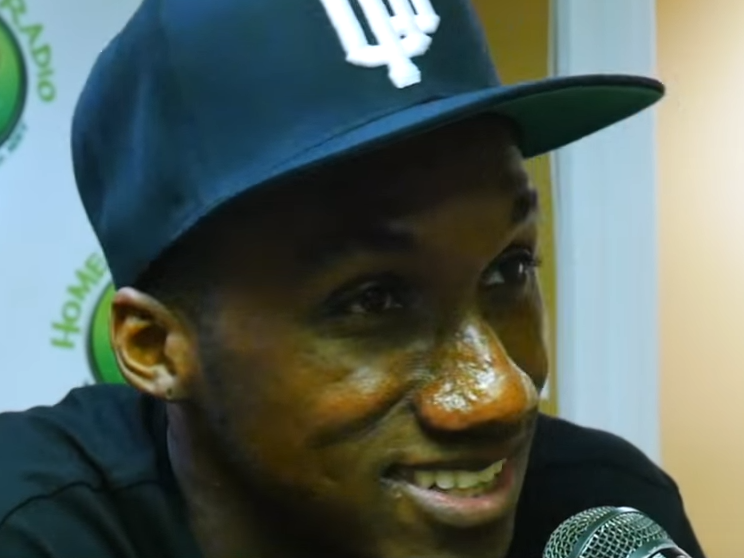 Inglewood, CA – Hopsin announced his departure from Funk Volume earlier this month and aired at least some of his issues with former business partner Damien Dame Ritter on his “ILL Mind of Hopsin 8” single, which he released March 8.

The Panorama City, California rapper is moving forward with his own Undercover Prodigy company.

“Things are good right now,” Hopsin says during an interview with Home Grown Radio. “It’s sad that Funk Volume had to end, but I just couldn’t be a part of something that was such a virus to my career, my life and my financial situation as well. Things are way better. Things are moving so smooth and everything’s perfect, to be honest.”

What isn’t perfect, though, is his relationship with former Funk Volume artists.

“I’m still cool with Jarren Benton, but there’s some tension in the air, man, because everybody’s Team Dame strong and he has them all blinded over there. So, it’s some tension there, so I don’t know.”

On March 8 after the release of “ILL Mind of Hopsin 8,” Damien Dame Ritter hosted a spreecast in which he said that he knew when the break-up of Funk Volume started. “Telling Hop ‘You don’t work hard’ was the trigger,” Ritter said at the time.

“All this stuff happened pretty abruptly,” Ritter added. “There weren’t issues that were lingering for a long time, at least that I knew of. We never had big fights. We never had arguments.”

Ritter also said he never stole Hopsin’s money. “I never stole any money from Hopsin,” Ritter said at the time. “We have a business manager that sends us our payments, especially when album royalties get cut. Hopsin’s on every e-mail. He knows when I get paid. I know when he gets paid.”

Hopsin: “Everybody Was All Ready To Ride On Dame”

Hopsin says that he, Dame and the label got paid for the meet and greets, but not the artists. He also says that the public front put up by Dizzy Wright, Jarren Benton and DJ Hoppa is not consistent with their feelings when they learned of the money issues.

As for his relationship with the former Funk Volume crew, Hopsin says he’s good.

“As far as I know, I’m cool with everybody, but I know me and Jarren, we have a relationship, a cool relationship that’s not gonna be broken,” he says. “But the other dudes, they don’t call. They don’t really keep in touch…I’ve been reaching out to them. I try to stay on top, but it’s only like me trying…I don’t reach out to Dame. Fuck Dame. He’s done. He’s a non-factor in my life.”

Regardless of what happens with the other members of his former Funk Volume crew, Hopsin says he’s moving on with Undercover Prodigy.

“I can just tell when I’m unwanted, so I’m just doing my own thing,” he says. “I don’t really need them. I wish them the best of luck, but I’m just going to do my own thing now. I’m done reaching out. If they want to reach out to me, they can do whatever but there’s definitely tension the air. I’m not cool with Dame. I dislike the man so much to where if they roll with him, they become him to me and that’s just the way it is. When you’re rolling with the enemy, you’re low-key becoming the enemy.”