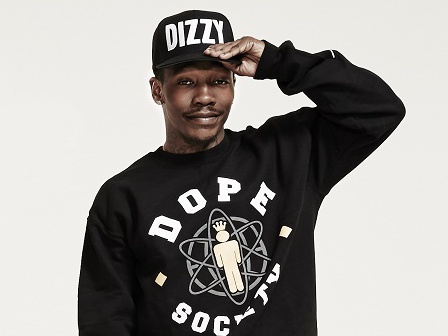 Dizzy Wright speaks on how his relationship with his uncle, Layzie Bone has shaped him.

As the nephew of Bone thugs-n-harmony rapper, Layzie Bone, Las Vegas lyricist Dizzy Wright was asked about the impact his uncle has had on him as an artist and a person, during an interview with The Source magazine.

According to Dizzy, seeing his uncle “still out here grinding” has encouraged him to hold on to what he has now.

“I look at my uncle who is so legendary,” Dizzy Wright said. “But he’s still out here grinding, looking to prove something even after all that he’s done to highest of the highest heights. I can go there and a few years later I could be just another nigga, just another legendary nigga. It’s all about trying to hold on to what you have. You got to cherish it and take care of it along the way. That’s why I’m not trying [to] make a major big ass album just because that’s what people want me do. I’m making music that I like to make and I’ll continue to grow from there.”

Dizzy also spoke on what he has in store, musically. In regards to his next project, he revealed that he’s intent on ensuring that “people know who Dizzy Wright is.”

“I want to create a project—my next project,” he said. “I want to make sure people know who Dizzy Wright is. Why I think the way I think; why I am the way I am. I want to take people in the journey and give them a real insight as to why I am this ‘Peace, Love, and Positivity’ nigga. I want to do the best that I can to paint that picture. I think that I put out a lot of positive vibes out into the world, and people are still trying to figure me which is cool. I like it. Soon as I get them this piece of art, everybody is going to think that they know me. I had to get myself mentally prepared for that, and I’m ready now.”

Dizzy Wright’s interview on his uncle, Layzie Bone’s influence and his next project, can be read in its entirety at TheSource.com.