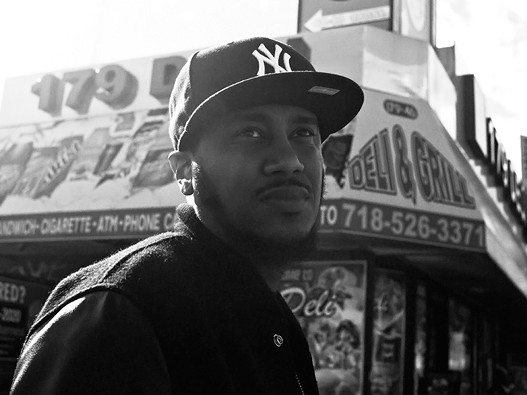 Dreamville’s president, Ibrahim Hamad, took to Twitter today (March 13) to say that he is going to send a Donald Trump protester new gear.

The protester attempted to get on stage with Trump at a rally in Dayton, Ohio yesterday (March 12). He was stopped by security and escorted away. Pictures of the incident showed that the man was wearing a Dreamville T-shirt.

The man, who goes by the Twitter username Younglionking7, replied to a post from Daily Rap Facts that shared a picture of him representing the label founded by J. Cole.

“they ripped it and I’m so salty bout it,” Younglionking7 says about the T-shirt. “I got it at Cole first Dollar and Dream tour when he performed in ATL.”

Hamad responds to the man and says that the label will outfit him in new merchandise.

“@Dailyrapfacts @Younglionking7 all good bro, we’ll send you a box of Dreamville gear on us,” he says. “Be safe out there.”

Trump has faced much criticism from the Rap community, including from Mac Miller, Bun B and Chris Brown.

J. Cole performed at a SXSW event for the Democratic National Committee Friday (March 11). At the event, President Barack Obama expressed his admiration for the North Carolina rapper.

View the posts of a Donald Trump protester wearing a Dreamville T-shirt below:

A guy who tried to attack Donald Trump in Ohio had a Dreamville shirt on pic.twitter.com/qVZ1ieV18F

@Dailyrapfacts @Younglionking7 all good bro, we'll send you a box of Dreamville gear on us. Be safe out there.