Although North Carolina emcee J. Cole is still roughly one week away from the June 18 release of his sophomore album, Born Sinner, the rapper fully intends on kicking off his “Dollar & A Dream Tour” later this week in the hopes of promoting his upcoming project.

Presented by D’USSE, a newly-introduced cognac, the “Dollar & A Dream Tour” will quite literally cost fans one-dollar to attend. On top of offering fans an “intimate” concert experience for an almost nonexistent cost, J. Cole will also donate a portion of ticket sales to his Dreamville Foundation.

Unlike most concerts, tickets to Cole’s various tour stops will only be made available onsite at the concert venue on a first come, first serve basis. Venue locations for each city will be announced via social media the day of the show.

Full tour dates as well as the “Dollar & A Dream Tour” flyer can be found below. 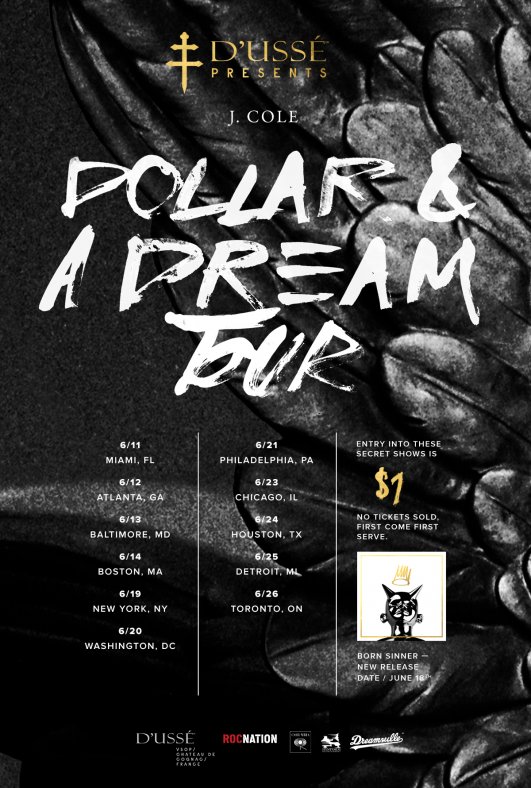