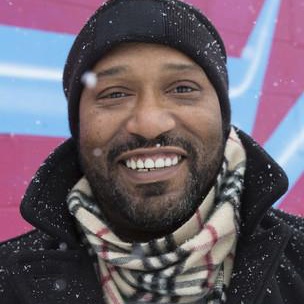 Bun B On Donald Trump: He’s “The Honey Boo Boo Of This Political Pageant”

Houston, Texas wordsmith Bun B recently ventured to the backwoods of South Carolina to report on a rally held for presidential candidate, Donald Trump for Vice.com.

While speaking with those in attendance at the rally, the rapper revealed that he came to the realization that Trump is more of a reality show spectacle than a serious candidate in the current race for president. Bun also shared a handful of details about Trump’s speech, which he says primarily centered on the right to bear arms and immigration.

“This election isn’t really about the issues at hand—it’s a popularity contest, made for reality TV,” Bun B wrote. “And this dude is the Honey Boo Boo of this political pageant. The tone of Trump’s speech is the same as it always it is, except this time, he’s leaning on the Second Amendment like an armrest. This is Lowcountry—guns are like a sixth finger or a third arm for people here. He goes on for a while about how conservative he is about Common Core and immigration and this and that, and for the first time, I see a person or two giggle. They know this guy isn’t a conservative. But they don’t give a shit. It sounds good, and that’s all that matters to a mob.”

In his story for Vice.com, which the rapper titled “Southern Pride and Side-Eye in Trump Country,” Bun also touched on his various encounters with those at the rally. He explained that many are more anti-Obama than pro-Trump, and are fans of “how Trump speaks.”

“And the more I talk to people, the more I realize that these supporters are more anti-Obama and anti-liberal than they are pro-Trump,” the rapper wrote. “Their decision to back Donald seemed to have little to do with whether he’s the best Republican in the presidential race, or even the most conservative candidate. These people are so upset by the current administration that some of them are willing to compromise their values if it means that the other side loses.

“We talk to Dolphus Pinckney, a black father who’s brought his young son Hunter here because he likes how Trump speaks, how he says what’s on his mind,” he added. “It’s a sentiment I’ve heard from almost everyone at these rallies. And it’s a bit troubling, to be honest. People, by nature, gravitate to the loudest voice in a room. Except right now, the room is our country. And while Trump may be the loudest voice, he isn’t actually saying anything.”

Bun B’s story on Donald Trump’s rally in South Carolina can be read in its entirety at Vice.com.

For additional Bun B coverage, watch the following DX Daily: