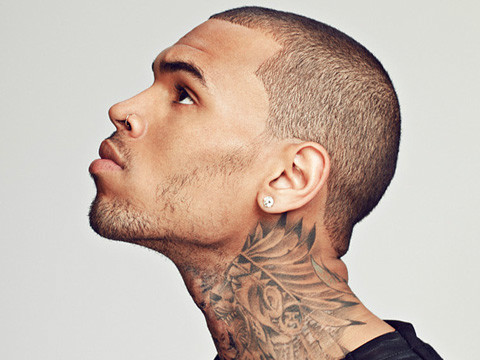 Chris Brown called out Kevin McCall on Instagram after McCall asked Brown on Twitter for a business meeting.

“@chrisbrown we need to sit down and handle this business,” McCall says. “I tried the adult business route. I feel my kindness is being taken for weakness.”

The two worked together on Brown‘s 2011 song “Deuces” and McCall was signed to Breezy’s Chris Brown Entertainment.

In his response, Brown says that McCall’s ego got the best of him. Breezy threatens the rapper-singer and calls on his gang affiliations to warn McCall against confronting him.

“If this is recent then I will say this. NIGGAS THAT HAVE THE PROPER CHANNELS TO CONNECT AND WORK ARE THERE,” Brown says in a since-deleted post captured by theshaderoominc. “NIGGAS BE IN THEY FEELINGS SNEAK DISSING BECUASE THEY FUCKED UP THEY LIFE BEING TOO FUCKING ARROGANT AND THEN NOBODY WANTED TO WORK WITH YOU KEVIN. THE LABEL DROPPED YOU BECAUSE YOU THOUGHT YOU WERE A BETTER PRODUCER AND WRITER THAN THE NIGGA YOU ARE TODAY. You lose passion and hunger over money and FLEXING WHEN U AINT GOT IT. IM NOT NO LITTLE KID AND ALL THAT GANGSTA SHIT THESE NIGGAS CLAIMING THEY DOING AINT BOUT SHIT!!!! ON 500 Blk PIRU!!!!! KEEP TALKING “KEVIN”, this street shit is what I’m great at a lot better than this music. YOU BETTER CHECK THEM LOOSE LIPS FOR I SHOW YOU THE REAL DEVIL MY NIGGA. YOU AINT SHIT, AINT GONE EVER BE SHIT, BROKE ASS BOTTOM FEEDER WHEN I BUSTED MY ASS SO U COULD HAVE THE LIFE U WANTED AND CAREER. You are your own worse enemy. BUT WHAT IM NOT IS A PUSSY!!!, KEEP TALKING THAT GANG SHIT NIGGA! YOU KNOW WHERE IM AT AND I AINT FINNA KEEP LETTING YO LONELY BROKE ASS TO KEEP SLIDING AND SNEAK DISSING! FUCK YO HOOD NIGGA. MY ADDRESS IS ON GOOGLE SO IF YOU CAN GOOGLE IM SURE YOU CAN FIND WHERE I STAY. PULL UP WHEN ALL YO HOMIES AND IM PUT THE FEAR OF DEVIL IN YOU! BROKE BACK BITCH MADE NIGGA! 500 east side PIRU! YOU PLAY KEYBOARD IN CHURCH. GOT SHIT TO LOSE. KEEP PLAYING WIT ME LIL NIGGA AND IM SHOW U HOW FAR MY ARMS REACH PUSSY! U CANT LIFT WEIGHTS WITH YOUR JAW MY NIGGA. You fucking wit the right one though. REMEMBER THIS PUSSY, the way u act and treat people is a direct sign of your KARMA. KEEP FUCKING WIT ME AND YOU WONT BE ABLE TO WALK LET ALONE SING AGAIN. It’ll be hard to play piano with no fingers my nigga. YOU KNOW WHAT IT IS SO THE NEXT TIME YOUR BITCHASS FEEL THE NEED TO BE IN YOUR BITCHASS FEELINGS, we gone come visit you and Smank THAT ASS little boy. And my niggas don’t fuck wit you because we know u on the DOWN LOW, BOTTY MAN!!!! FLEX FOR THESE FANS IF U WANT. That will be your last flex. YOU GOT FAMILY AND SHIT TO LOSE SO UNLESS U WANT THEM CRYING AT THE AFTER EFFECTS OF YOUR BULLSHIT AND WHAT WILL HAPPEN TO YOU I THINK YOU SHOULD RETHINK POLING THE LION. IMA KING NIGGA. YOU A BITCH.”

McCall makes his case for the meeting on Twitter, saying that he tried reaching out to Brown outside of social media, but had to resort to the public space. When asked about the need to air out his thoughts on the platform, McCall contrasts modern times with the rap beef between The Notorious B.I.G. and Tupac.

“@kevinmccall cant you contact his manager to get Chris’s contact information??” a user writes. “Is social media really necessary?”

“After 4 years?” McCall responds. “Yep. The biggie 2 PAC route ain’t going down under my watch. But I’m still not gon get punked ever.”

@chrisbrown we need to sit down and handle this business. I tried the adult business route. I feel my kindness is being taken for weakness.

Don't follow me. Lol it's simple he needs fans I don't. I'm not weak minded like that I got in the industry at 25. Already knew who I was ?

I promise he will NEVER respond. Or resolve the issue like men. #coward

Your not cool enough to hang with my fans they wouldn't let such hateful and hurtful people come to the show. #kingdommusic ain't about "Me"

After 4 years? Yep. The biggie 2 PAC route ain't going down under my watch. But I'm still not gon get punked ever https://t.co/yDOCKMzOvP

u can't diss a guy who is self sufficient and does not want you to follow them OR be a fan or support their movement. Music is 10% of me ??