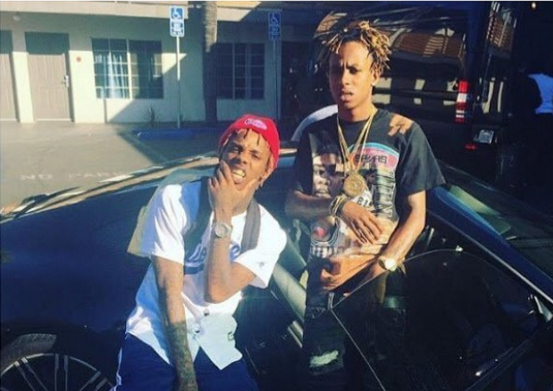 Rich The Kid announced some major news yesterday (March 6) with the unveiling of his new record label, Rich Forever Music.

In addition to launching his new venture, the Georgia rapper announced the signing of his first artist: Chicago emcee, Famous Dex.

“Signed my first artist to my label today,” Rich The Kid wrote on Twitter. “God changed my life to change others”

Rich The Kid’s forthcoming mixtape, Trap Talk, is set for release this coming Friday (March 11). In addition, Famous Dex is scheduled to release his mixtape, #OhhMannGoddDamm, on Saturday (March 12).

In December, Rich The Kid released his latest mixtape, Dabbin Fever. The 12-track project featured guest appearances from Wiz Khalifa, Migos and Curren$y, among others.

Prior to that, Rich The Kid teamed up with iLoveMakonnen for an eight-track EP titled, Whip It.

Rich The Kid’s tweets, where he launches Rich Forever Music and unveils his first signee, can be viewed below: