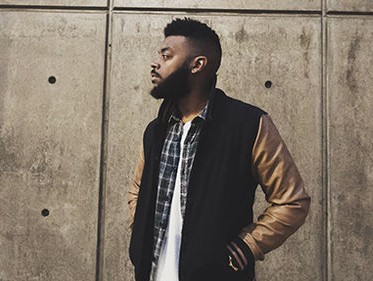 “Yo @dangerookipawaa after that @kendricklamar Grammy performance , you have to release those untitled tracks asap!!! What’s up? Talk to me,” LeBron tweeted.

“When you get somebody like LeBron asking for them, it’s like, ‘Alright, maybe it is bigger than we think it is,'” Sounwave tells Complex in an exclusive interview. “That’s when Top got on the phone asking me and K. Dot to pick out our favorite records. It just so happened that the songs we picked out sounded like an album.”

Prior to untitled unmastered.‘s release, Top Dawg announced the project on Instagram and gave a special shout out to LeBron James.

The Digi+Phonics member was heavily involved with the creation of Dot’s Grammy-winning album To Pimp A Butterfly and he explained the process of sifting through music they had recorded over the past three years to piece together untitled unmastered.

“The only involvement that we had was me and Ali trying to convince Kendrick that the project has to be mastered,” the Grammy winning-producer says. “We wanted to go all out and he wanted it to feel authentic 100 percent. The reference mixes that we recorded two, three years ago on this album was just me and Kendrick going through old songs and picking our favorites.”

The release of untitled unmastered. has caused a lot to speculation of whether or not Kendrick was throwing jabs at Drake and Jay Electronica on the project.

Sounwave deflects whether or not the lyrics were aimed at either rapper. When specifically asked about Drake and the “Drake you down” lyric from “untitled 07,” the producer thinks people are mistaken that its a diss.

“OK, now people might be reaching on that one,” the “Bitch, Don’t Kill My Vibe” producer says. “That’s how we recorded To Pimp A Butterfly. Thundercat would be in there playing riffs and Kendrick would be freestyling and mumbling stuff. If y’all heard ‘Drake you down’ I don’t know, to me that sounds kind of questionable. You’re gonna have to ask Kendrick what he meant by that.”

Elsewhere in the interview, Sounwave hints at the possible release of the full “Frontseat Freestyle.”

“I’ve been getting a lot of questions referring to the beginning of the ‘Alright’ video,” he says. “And it is tucked and possibly going to come out. I’m working on my project, so hey, you never know. You might see it. You might not. I’m working on the blueprint now.”