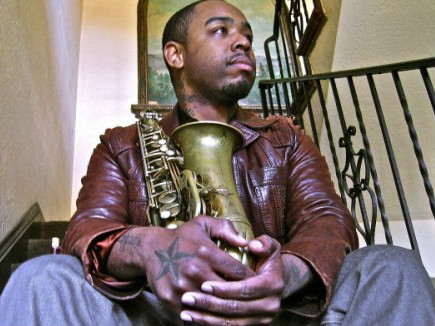 In an interview with Complex, Lamar’s producer and saxophone player Terrace Martin reveals that many of the untitled cuts were leftovers from the Compton, California rapper’s To Pimp a Butterfly album.

Martin says the sixth track was from the early stages of the album and was done with Adrian Younge with a Brazilian inspiration. The song marked a significant moment in the creative process for the album.

“I just remember walking into the studio room at No Excuses, where we did the record, and seeing Ali, Kendrick, and everybody playing this one,” Martin says. “I thought they were playing an old bossa nova record from Antônio Carlos Jobim, or a Stan Getz record, but then I heard singing on it, and rapping. It was Kendrick. That’s the record when I first thought, ‘Whoa, we might be going to some different dimensions.'”

Another song on the album is the track that Lamar performed on The Colbert Report, which Martin previously said was not going to be released.

“That was around that night and that moment,” he says of the feelings created at the time of the late night performance. “Now it’s another moment. You have as many moments as you wanna have. Then was the moment for then, and now is the moment for now.”