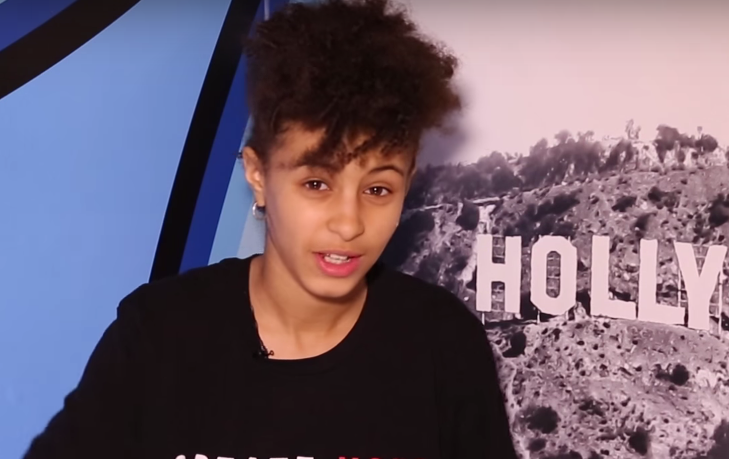 Meet The 13-Year-Old DJ That Spun For President Obama

Young 1 is a student at Culver Middle School and has been an avid music fan throughout her young life, citing classical music and jazz as her first favorites. Her jones for turntables began after hours of mastering DJ Hero.

“I used to play that a lot,” she tells HipHopDX. “My mom was like, ‘Jeez, you’re really good. You’re beating the whole entire game.’ Of course, it’s not like real life deejaying. But it’s somewhat similar to it. I was really good at it. So we went to the Scratch DJ Academy located in West LA. DJ Hoppa, Chock, Fortified, Rob Shot—all these legendary deejays are the people that were my teachers. I went there for a year and a half and graduated at 10-years-old, almost about to turn 11.”

After finishing Scratch Academy, Young 1 landed a spot on America’s Got Talent. The exposure caught the eye of President Obama, who invited her to spin at the 2014 Easter Egg Roll in front of 30,000 people. Her big radio break came after her mother heard about Real’s LA launch and pitched Young 1 to Big Boy as the perfect addition.

“Big Boy was like skeptical about it because there weren’t any 12-year-old deejays [but] exchanged information with my mother,” she says. “He gave me [Doc Wynter’s] information and that’s when I came over here. He was like, ‘Why don’t you go in the studio, show us what you can do for a little bit and we’ll discuss it after’. Maybe about an hour and 30 minutes later, we got the job. I was excited. I got hired in April 2015. Ever since then I’ve been at the station.”

Now a Real 92.3 staple, Young 1 is plotting her entrance into production. She’s a fan of DJ Khaled and says she’ll be working with him in the studio this month.

“I express my feelings on the turntables through music,” she says. “That’s what I like to do and I like to inspire other people by them listening to me on the airwaves. Hopefully I can take that to the next level and become a radio jock. For now, I’m happy and appreciative for everything I’ve done since I’ve been here. I want to thank everyone on the team because they’re the people that not only with just radio station, but actually helped me through my life. They’ll sit down and talk to me about school or whatever, advice.

“For those that are watching this,” Young 1 concludes before continuing, “if you want to achieve something, don’t be afraid to do it. It doesn’t take age or wisdom. There’s no requirements to doing what you love.”