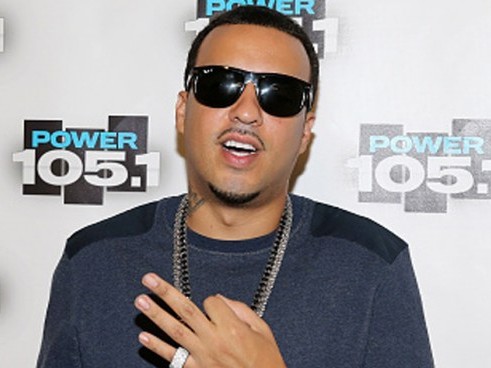 French Montana details his and Kanye West’s plans to help get Max B out of his 75-year prison sentence on his stop by The Breakfast Club today (February 23).

“We working on something,” the Wave Gods rapper says. “I want to keep it under the wraps until we put it together. We definitely been on the phone damn near every day trying to put something together for my boy.”

The plan comes on the heels of West having to be educated on who Max B is after re-naming his album from SWISH to WAVES.

The name change consequently caused a Twitter war between Kanye and Wiz Khalifa.

“I feel like when everybody was attacking Kanye he didn’t get it,” the Coke Boy rapper says. “I was hearing different things. I heard he was going to go on the Internet and say ‘Fuck Max B.’ I heard like a bunch of stuff. It’s like because he didn’t know.”

“The Perfect Match” actor admits he was shocked when Ye admitted he didn’t know who Max B was however he appreciates the cultural reach Max B’s wave movement has attained in Kanye naming his album WAVES without realizing where it originated.

“I feel like it’s dope when somebody do something and they don’t even know they’re doing it,” says the Bad Boy rapper. “Like damn, my boy was really ahead of his time.”

Elsewhere in the interview, French details how he ended up working with Nas on Wave Gods cut “Figure It Out” featuring Kanye West.

“Me and him was been supposed to do something,” he says. “But then when I started working with Kanye just on his album and mine I just had like a bunch of records. We just got into the studio and started going through a bunch of records. That record we just did, ‘Figure It Out,’ it went perfect with his movie and then it went perfect with what I had going on. We was supposed to do like three joints.”

French Montana says he is still working on Mac & Cheese: The Album, which is scheduled for a March release.

The full French Montana interview with The Breakfast Club is as follows: