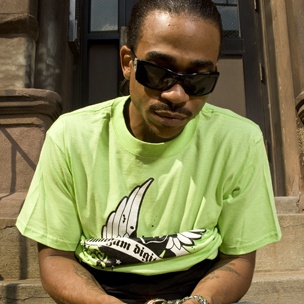 Although Max B is currently incarcerated, the Harlem rapper is riding the unexpected wave that placed him in the feud between Kanye West and Wiz Khalifa over ‘Ye’s new, WAVES album title.

As a result of the feud, a past record from Max B was dug up by Dame Grease, and released as “My Wave (A Message For Kanye West).” And now, a teaser for the Max B documentary, Waves has been released online.

Miss Info reports that the project was announced by DJ Scoob Doo, and will be released on February 11.

The teaser for the documentary, which was uploaded to YouTube late last month, features a number of candid moments from Max B. He’s videotaped arguing with his girlfriend on the phone, working in the studio, and rapping along to various records.

“Let’s do a video. I need something hard and wavy…I’mma do the double album. And then I’mma do the DVD,” Max B says at one point in the video.

Max B is currently serving 75 years in prison.

The video teaser for the Waves documentary on Max B, can be found below.

For additional Max B coverage, watch the following DX Daily: