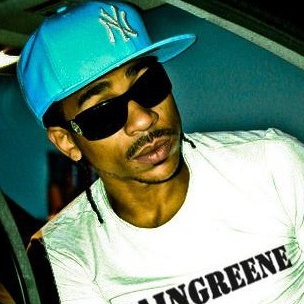 Max B and Dame Grease release “My Wave (A Message For Kanye West).”

Following an online exchange between rappers Kanye West and Wiz Khalifa over ‘Ye changing his album name to WAVES, and possible inspiration from Max B, an artist Wiz referred to as “the wavy one,” Dame Grease has re-released a record from the currently incarcerated Max B.

“Please don’t take the wave. Max B is the wavy one. He created the wave. There is no wave without him,” Wiz Khalifa wrote in a series of posts on Twitter.

Backed by an instrumental from The Pharcyde’s “Runnin’,” Max B croons “can’t keep taking my wave,” at the start of the song, which has been renamed “My Wave (A Message For Kanye West).”

“My Wave” features no mention of Kanye West or Wiz Khalifa. The lack of a mention of either artist is due to the fact that the song was initially released in 2011 on YouTube, under the title “Keep Taking My Wave.”

“I HAD THT SONG RECORDED FOR A SEC,A LONG WIT OTHERS,SEEMS APPROPRIATE TO LEAK RYTE NOW,JUST PUT THE HOMIE ON IT & MAKE NEW HISTORY! #WAVES,” Dame Grease said in a tweet yesterday (January 27).

In addition to the re-release of “My Wave,” the official Twitter account for Max B expressed appreciation for the love and support, and addressed the need for positivity.

“Im truly flattered by all the emulations. Thnks for the love&support. Lets stay positive. My petiton is available on http://supportmaxb.com,” a rep for Max B tweeted yesterday.

Max B is currently serving 75 years in prison. Last month, the rapper filed a petition for a pardon or retrial in his case.

I HAD THT SONG RECORDED FOR A SEC,A LONG WIT OTHERS,SEEMS APPROPRIATE TO LEAK RYTE NOW,JUST PUT THE HOMIE ON IT & MAKE NEW HISTORY! #WAVES

For additional Max B coverage, watch the following DX Daily: