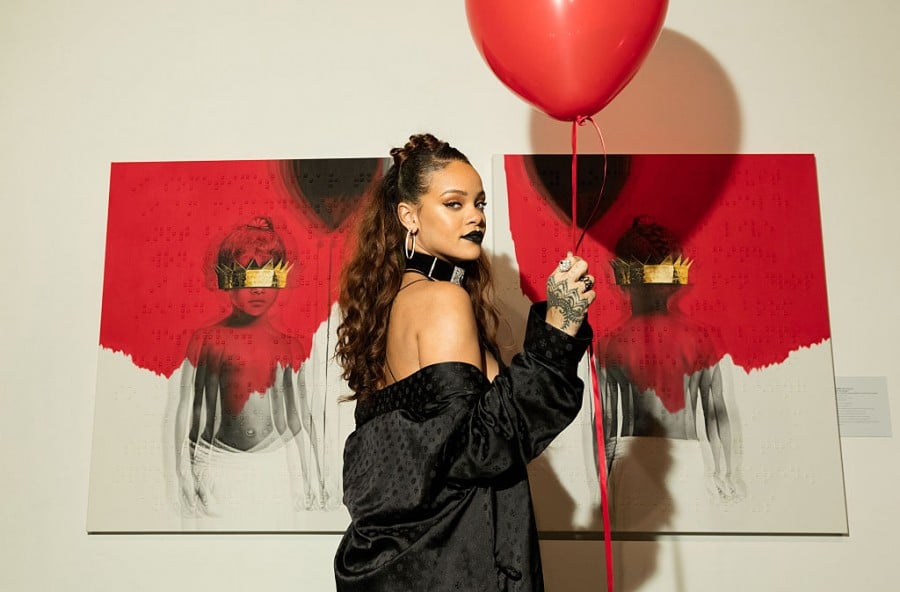 Rihanna released her much-delayed, yet long-awaited eighth studio album, ANTI, abruptly this past Thursday, and the project is already making its way up towards the rafters.

The Recording Industry Association of America (RIAA) certified the album platinum in a mere 15 hours.

The ubiquitous pop star released the album through Jay Z’s Tidal streaming service (to which she also serves as “co-owner”) and was reportedly downloaded and/or bought 1.4 million times.

Speaking with SPIN, Tidal’s director of marketing, Grace Kim, confirmed that the rumor of them accidentally leaking the album was true but it obviously did more good than harm.

“When we started this campaign, we expected this to take a week,” she said. “That’s a really big deal for us.” When asked if the initial leak of the record just hours before it was officially released hurt or helped ANTI gain the buzz to ship 1.4 million copies, Kim said no. “Look, we know what happened here, in the sense that unfortunately we still rely on systems, and there was a system error. But I don’t think it hurt it at all.”

Despite the overnight milestone, both Billboard and Nielsen Soundscan aren’t counting the activity on Tidal for their respective charts.

“There were conversations [with Billboard] early on when this promotion and partnership started, but ultimately it became about giving music directly to the fans,” Kim continued. “While everyone would’ve love to have it count, the thing that we’re focused on here is that it’s No. 1.”

Ironically, Jay Z faced a similar predicament in 2013 when he released his most recent album, Magna Carta… Holy Grail through Samsung (similarly to what Rihanna was attempting to do before the glitch in the Matrix) when his instantaneous RIAA platinum certification was met with reluctance from the other charting systems. It prompted a now infamous tweet from a mogul who rarely uses the Internet.

ANTI is now available for purchase and stream via Tidal.