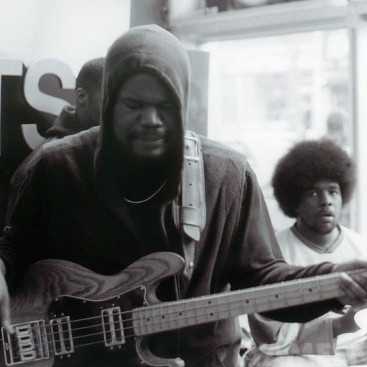 Former The Roots bassist Leonard “Hub” Hubbard is suing Questlove, Black Thought and the group’s manager, according to TMZ.

Hub left the band in 2007 due to his battle with multiple myeloma, a type of blood cancer, and alleges that he was to continue getting paid as a co-owner per his deal with The Roots. He was an original member of the Philadelphia crew before it called itself The Roots.

In 2014, Hub alleges he got a letter saying that he would no longer have either his health insurance or his revenue as a co-owner of The Roots.

In addition to releasing music, The Roots have been the house band for The Tonight Show Starring Jimmy Fallon since 2014.

For additional coverage of The Roots, whose former bassist Leonard “Hub” Hubbard is suing group members Questlove and Black Thought, as well as the group’s manager, watch the following DX Daily: