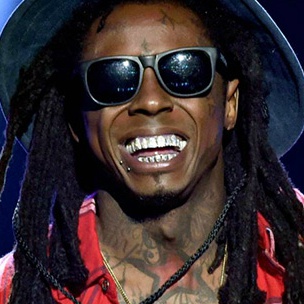 Lil Wayne appears in a Super Bowl 50 commercial for Apartments.com.

The website has released the official one-minute spot that features Lil Wayne alongside a portrayal of George Washington.

Drake is also the star of a Super Bowl 50 commercial. He is set to appear in a spot for T-Mobile based on his “Hotline Bling” music video.

Watch the teasers for the Lil Wayne Super Bowl 50 commercial below:

Lil Wayne is slated to appear in an advertisement for Apartments.com during Super Bowl 50, Billboard reports.

A behind the scenes photo from the commercial’s shoot shows Lil Wayne with an actor portraying George Washington. A video preview for the Super Bowl 50 commercial shows the president calling Lil Wayne to let him into his apartment.

For the past two years, a 30-second spot during the Super Bowl cost $4.5 million, according to Forbes. The Super Bowl is one of the most-watched sporting events of the year. Last year’s game was viewed by 114.4 million people in the United States, setting the record for most-watched television show in the country’s history, CBS Sports reports.

Super Bowl 50 is set for February 7 at Levi’s Stadium in San Francisco. The matchup will be between the Denver Broncos and Carolina Panthers.

View the photo and clip of Lil Wayne and George Washington in an Apartments.com advertisement for Super Bowl 50 below:

George got the buns. #MovinOnUphttps://t.co/6oon0LgaF6