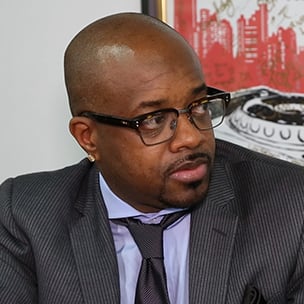 In an exclusive conversation with HipHopDX today (January 18), Jermaine Dupri detailed the creation of “You Get Dealt Wit,” the ninth track on Life in 1472. Mase and Lil Kim appear alongside Dupri. Both Bad Boy artists were in their prime.

“Mase was in a space where you couldn’t stop him,” Dupri tells DX. “If you listen to that song, he opens with, ‘JD just show me the bounce, man.’ That part was real. I was just with Mase last week. We’re about to work on some new songs. He was really a New Yorker. When I say that, I mean he really wasn’t into the bounce. He wasn’t on the bounce. The bounce wasn’t in New York the way it is right now. They weren’t mentally into the bounce the way it is. The first time he did it I was like, ‘Yo, nah, you got to get on it.’ He was like, ‘Just show me the bounce.’ And I showed him how to do it and he just killed that shit. That’s all he needed. That’s the realness that I remember from that session, watching him snap into the bounce.”

“Lil Kim was just like Biggie to me,” he said. “She got into it by thinking about how Big’s flow was on [“Notorious Thugs”]. A light went off for Mase, though. You could just feel it. If I remember, we was in Atlanta. We might’ve been in New York. It was so long ago.”

While Jermaine Dupri is arguably best known for producing and guiding the careers of Kris Kross, Da Brat and Bow Wow, Life In 1472 shows the So So Def-founder commanding the microphone as well as production duties.

“I was such a producer when I made that album that I was so caught up in making music that I ain’t even pay attention to [whether] people liked my music,” Dupri concludes. “I ain’t go on tour, I ain’t do shows, none of that. I was doing that shit for fun.”

Jermaine Dupri currently stars in Lifetime reality show, The Rap Game. Check back with HipHopDX tomorrow for our full conversation with the Hip Hop icon.

Listen to “You Get Dealt Wit” below: