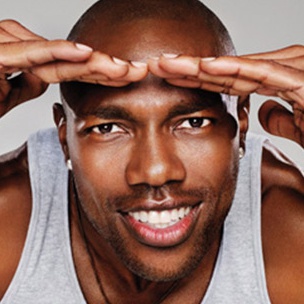 Terrell Owens recalls playing with Jerry Rice, during an interview with Snoop Dogg.

Serving as the first guest on Snoop Dogg’s “Turf’d Up” web series, former NFL player Terrell Owens spoke on what it was like playing with Jerry Rice, an athlete he referred to as “the greatest receiver of all time.”

“I played with the greatest receiver of all time, Jerry Rice. So, I would be an idiot not to sponge or learn anything and everything that I could from him. Even when I didn’t verbalize a lot of things. But he was very accessible,” Terrell Owens said.

Prior to speaking on being teammates with Jerry Rice, Owens spoke on where his competitive drive and edge come from. According to the athlete, coming from a small town and being unafraid to fail, contributed to his drive.

“I think it was just me really kind of scared to fail, to be honest,” he said. “I knew I was drafted low. But they saw me as having potential. So, I wanted to live up to that potential. And so, in order to do that, I had to become competitive…Being a kid from Alexander City, I never thought I was gonna play football at a collegiate level. So, what I’ve done and what I’ve accomplished is remarkable in terms of really giving a kid that’s out there, that has dreams, has the aspirations to a play sport that they love. They’re ahead of me. And if I can make it, they can make it.”

In addition to Snoop’s interview with Owens, “Turf’d Up” also featured “Snoop’s Play Of The Week” and “Snoop’s Top 3” with YouTube star, Jesse Wellens. Sponsored by adidas, “Turf’d” up will air weekly up until the Super Bowl on February 7.

Video of Snoop Dogg and Terrell Owens’ interview, can be found below.