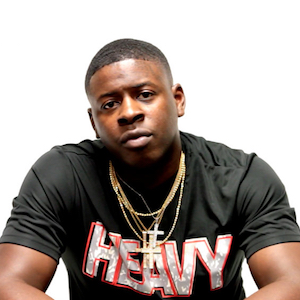 Police have commented On Blac Youngsta being detained after withdrawing $200,000 from his account, according to ajc.

A person from the Wells Fargo in which Blac Youngsta withdrew his money called 911 to say that a man was trying to cash a $24,000 check that was forged, Sgt. Warren Pickard says.

The description of the alleged perpetrator was “limited and conflicting” and led to Blac Youngsta’s arrest near his vehicle.

“It was quickly discovered that the person providing the description to police had provided the wrong description of the suspect,” Pickard writes in an e-mailed statement to ajc. “It was determined that the occupants of the vehicle were not involved. They were immediately released.”

Charles Darnell Edward was later identified by a witness as the alleged check forger and was arrested and charged with first-degree forgery, Pickard says.

“This incident did not directly involved Blac Youngsta,” Pickard says, “nor was he accused of committing a crime.”

(The original post in this thread was published January 9, 2015. It is as follows.)

Blac Youngsta was stopped outside of an Atlanta bank yesterday (January 8) after police suspected him of being a person who was passing bad checks.

The Yo Gotti signee wasn’t however, and police had to let him go after finding out he was simply withdrawing money from his own bank account.

The rapper born Sam Benson says he was in the market to buy either a Mercedes Maybach or a Ferrari and the reason he was withdrawing the money.

“They thought I did it too, but I’m legit,” Benson said. “They confused me with whoever they were looking for.”

Blac Youngsta did say police apologized to him. He was never officially taken in during the incident.