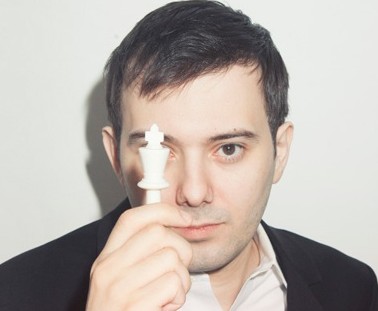 Martin Shkreli, the owner of Wu-Tang Clan’s Once Upon A Time In Shaolin album who was arrested December 17 on fraud charges, had been CEO of the company. He was fired from his post December 21 and, on December 23, KaloBios was informed that it would be removed from Nasdaq.

(The original post in this thread was published December 21, 2015. It is as follows.)

Martin Shkreli, the owner of Wu-Tang Clan’s Once Upon A Time In Shaolin album, was fired today (December 21) from his CEO position of drug company KaloBios, according to fuse.

Shkreli was arrested December 17 on securities fraud charges. He was charged with “illegally taking stock from Retrophin Inc., a biotechnology firm he started in 2011, and using it to pay off debts from unrelated business dealings.”

The businessman, who was released on $5 million bond December 17 and had his travel restricted to specific portions of New York, has also reportedly resigned from Turing Pharmaceuticals. In September, Shkreli garnered attention when his Turing Pharmaceuticals raised the price of one pill of its parasitic drug Daraprim from $13.50 to $750. The move drew criticism from presidential candidates Hillary Clinton and Donald Trump, as well as the BBC, among others.

For additional coverage of Martin Shkreli, who was fired today from his CEO position at KaloBios, watch the following DX Daily: