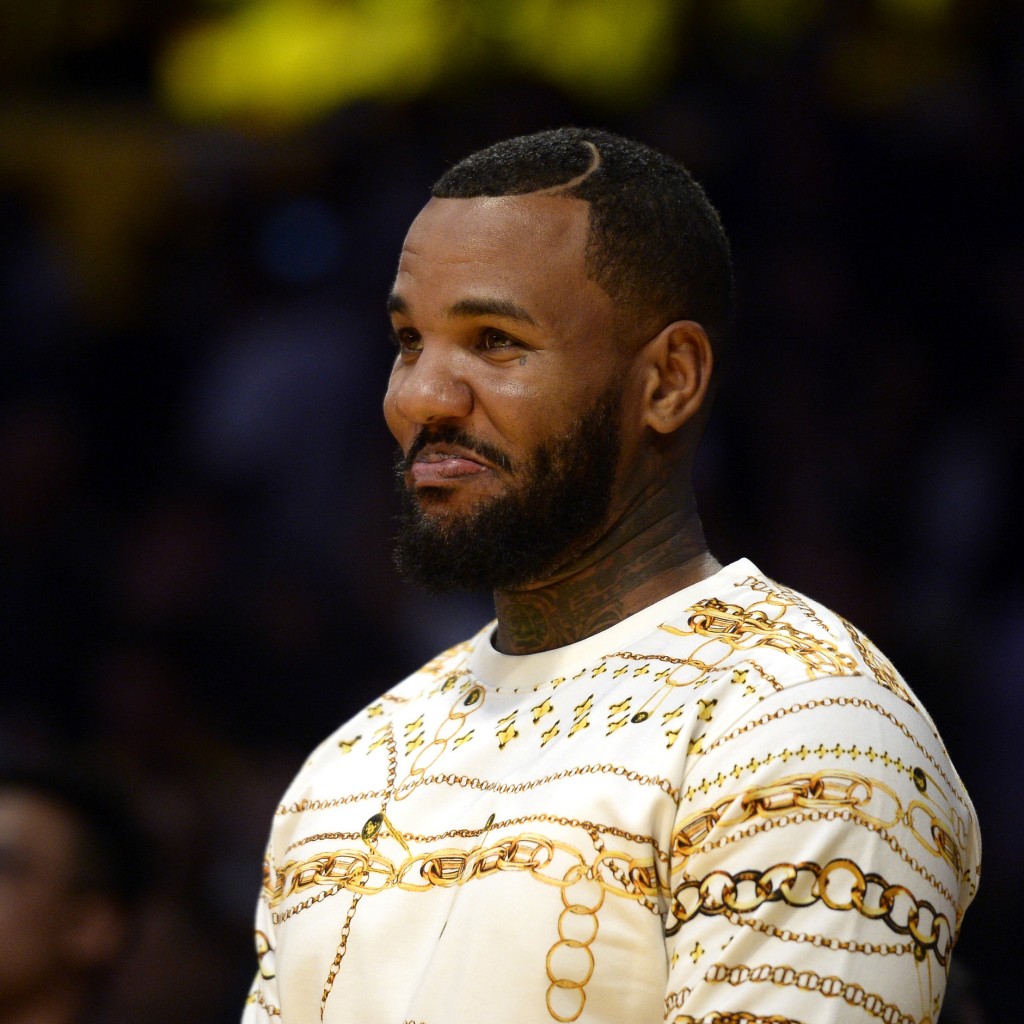 Stitches To The Game: It's "War Time" After Stitches Punched By The Game’s Manager & Game Disses Stitches

“Facts. Good sucker punch though . War time pussy. Next time fight me instead of having your boy sucker punch me. And yeah I got 4 stitches . Bitch you know I’m stitches. Let’s not forget you got knocked out in France. We all take a fall sometimes,” the Florida rapper writes on Instagram today (December 4).

(The most recent post in this thread was published today [December 4, 2015]. It is as follows.)

The Game has leveled another diss at Stitches.

“The same mouth this pussy talked about MY KIDS from got busted the fuck open now the stitches on ya mouth ain’t no fuckin tattoo……” The Game wrote on Instagram today (December 4). “You brought ya lil dumb ass up there wit 5 clowns packed in a Porsche, drove around for 2 hours making a Insta-Movie, all 5 got out the car acting tough because the police was out there, you ran up, ya homies didn’t move & you got yo pussy ass knocked out on video in front of the police…… Now all of a sudden, ya IG page PRIVATE lol….#PrivateRyan#MouthLookLikeAPornstarPussyAfterAGangBang#JustTellYaTatArtistToTattooStitchesAroundTheRealOnesSoTheyBlendIn#BoyGotPermanentDuckLips#VaginaMouth#NowGoSitYoSadAssDownSomewhere#OnlyThreeOptionsLeftNow#GoWorkAtWalmart”

(The original post in this thread ran earlier today [December 4, 2015]. It is as follows.)

Stitches was punched outside a Miami nightclub yesterday by The Game‘s manager, according to TMZ.

Stitches was reportedly denied entry into Story Nightclub and claimed the Compton, California rapper told security not to let him in. When The Game was leaving the club, Stitches confronted him and he was then punched in the face by Wack 100, The Game’s manager.

In a video, Stitches falls to the ground and then tries to come at Wack 100, but is held back.

The site reports that both Stitches and Wack 100 were arrested.

In another report, TMZ says that police had questioned Stitches prior to the confrontation with The Game for suspicion of a drive-by shooting because his white Porsche was driving back and forth in front of the club.

After the fight, he was taken into custody for resisting an officer without violence, marijuana possession and outstanding warrants.

The Game took to Instagram to respond to the incident.

One of the posts is a repost of a video of the fight.

In another post, he takes a video of himself in a car.

“Aye man, that man Stitches just got his whole mouth bust open in front of the motherfucking police, man” he says.

He also mocks Stitches for getting embarrassed in his own city. He references another Miami rapper, Trick Daddy, and says that Stitches has lost his street credibility in the caption for the video.

“@Stitches need stitches,” he writes. “aye @Wack100 young boy got a fuckin glass jaw….. Boy was out cold for about 45 seconds after that coldddddd right…. Tried to get up, fell back down……. This yo city ??? Naw… This a Zoe city… Now post a video of that lip so the world can see & don’t wait two weeks to show yo face or give us no old pics…. We ain’t buying it…. ” un huh, okay, wassup, SHUT UP #TrickDaddyVoice #ShowUsYourLipTonite#WellAfterYouWipeTheBloodOff ????????????????????????????????? Go to my nigga@40Keys page & watch that boy get out the car wobbly wit that bloody mouth lmaooooooooo #YouGotKnockedTheFuckOut ???????????#WhyHeWontPostNoVideo ????? #Yuuuup #NightNightNigga#RAPCAREEROVER #StreetCredGone#NowLemmeGetBackToEatingMyGrilledCheese”

Stitches and The Game feuded in October when Stitches questioned The Documentary 2 rapper’s credibility as a gang member. The two went back and forth on Instagram. Stitches eventually deleted his posts.