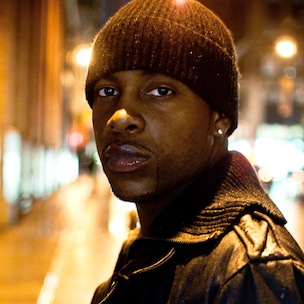 Connor’s comparison came during a recent interview with AllHipHop, when the Flint, Michigan rapper was discussing some of the greatest lessons that he’s learned from Dr. Dre.

“There’s so many because, with Dre, Dre is the greatest producer of all-time,” Jon Connor says. “For me, he’s like the Quincy Jones of Hip-Hop. So the thing is, everyday you’re constantly learning. I’d say one of the greatest things I’ve learned from Dre is that greatness is in the details. Don’t let anything slide. If you’re tired or have been working for 12 hours and are ready to go to sleep, you still put in the same effort and the same time as when you first got there. Work your hardest until you can barely keep your eyes open. If you have to go through every song and comb through every lyric and melody and harmony and cadence, you do it because he [Dr. Dre] has a commitment to greatness. We all call Dr. Dre the greatest of all-time and I’m just fortunate and blessed enough to be able to be at the studio and understand why. I’ve always thought I had a grind and hard work ethic in me, but, by being around Dre, it just got taken to another level.”

Jon Connor also opened up about the emotions that he felt when he found out that he was going to be credited as the lead artist on “One Shot One Kill,” a cut off Dr. Dre’s recently released album, Compton: A Soundrack By Dr. Dre.

“I still don’t know if that has completely soaked into my brain,” he says. “It’s crazy. I have a record with me featuring Snoop Dogg on Dr. Dre’s last album. That’s beyond anything I could have ever dreamed. It feels amazing. Statik Selektah hit me and he said, ‘You are forever etched in Hip-Hop history.’ And the magnitude of that statement, I don’t know if I’ll ever really be able to fathom or truly understand it. All I know is that it’s an amazing feeling and honestly it’s hard for me to even put it in words.”

Elsewhere in the conversation, Jon Connor recalled the events that culminated in him being signed to Dr. Dre’s Aftermath Entertainment.

“Yo, it was three phone calls and a flight,” Jon Connor says. “There was the initial call when Xzibit hit me like, ‘Yo, I’m gonna let Dre hear your music.’ Then the second call was, ‘Okay, give me 10 songs you want Dre to hear.’ Then the third call was, ‘Dre wants you to be in California tomorrow.’ When I got to California, I was working the whole time. Think about it, man. I’m from Flint. If you’re from Flint, you think Dr. Dre lives on like Mars or Jupiter. And so for him to like your music… he was just playing beats and I rapped every verse I ever wrote. I was pulling out verses from high school. I was like I’m not leaving this house until Dr. Dre falls in love with what I do. Whatever he needed to hear, I was gonna spit it. It got to the point where I rapped so much, he finally just stopped the music and was like, ‘Alright, what do you want to do?’ And that was the moment that changed my life.”