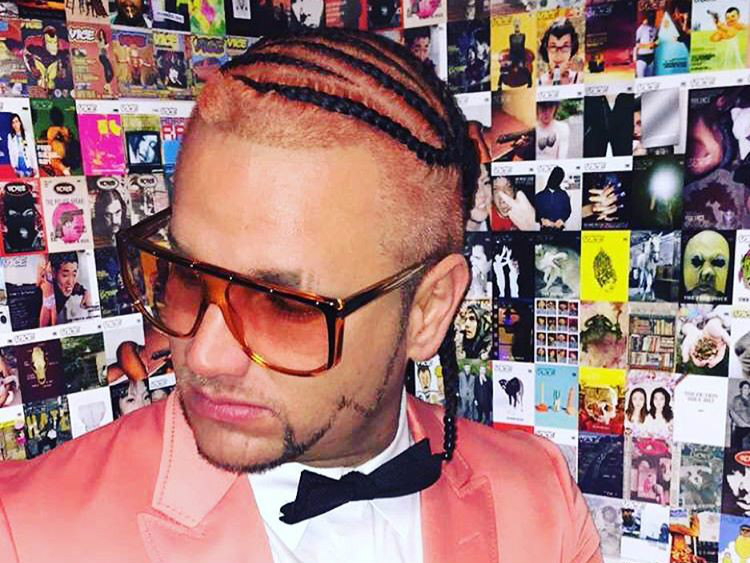 Features on Peach Panther come from Lil Durk, King Chip and Problem. “I Drive By” has appearances from Danny Brown and Gucci Mane, who is now a free man.

Riff RAFF is preparing to release his sophomore album, Peach Panther and according to a press release, has unveiled the tracklist for the follow-up to NEON iCON.

Peach Panther, which is set for a June 24 release, is slated to have 12 tracks and include features from Gucci Mane, Lil Durk, Problem and G-Eazy.

The singles “Carlos Slim” and “4 Million” are already available.

Jody HiGHROLLER also released the cover art for the LP, which shows him posing with two women.

(This article was last updated June 18, 2015 and the story thread is as follows.)

RiFF RAFF says that he’s working on the follow-up to his debut album, 2014’s NEON iCON.

“I’ve been working on that big album, Peach Panther,” the rapper says during an interview with TMZ in Los Angeles.

“Drake might come through,” he adds about the project. “[Lil] Wayne. Weezy. I already got [Justin] Bieber on the album.”

The Houston rapper says that he’s left the Lone Star State and is now living in Neveda after a stint in Los Angeles.

“Got the mansion,” he says. “Big guard-gated neighborhood in Las Vegas, man. Too much traffic out here.”

One of the people he’s with refers to the lair the “Codeine Castle.”

UPDATE: RiFF RAFF says that Lil B will appear on his forthcoming Peach Panther album.

“LiL B iS ON MY PEACH PANTHER ALBUM SO THAT MAKES MY HEART GLOW,” the rapper wrote on Twitter today (June 16).

UPDATE #2: RiFF RAFF released what appears to be the cover art of his forthcoming Peach Panther album yesterday (June 17).

The tweet also says that Gucci Mane is slated to appear on the project, which he says has a summer release date.