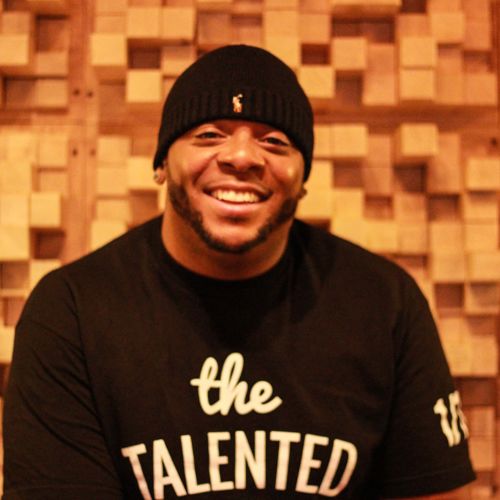 During the two-hour plus interview, the Grammy award-winning producer spoke about crafting a track with Dr. Dre for the N.W.A Straight Outta Compton soundtrack, his upcoming album, Nine, and how he feels about being a hype-man for Eminem.

As a hype-man,dEnAuN says that he learned during Eminem and Rihanna’s Monster tour that “you don’t have to be in a box.”

“We did a show with Dre at Wembly,” Mr. Porter says. “That was a huge thing. I’m on stage with Eminem, Dr. Dre. We doing a show at a historic place. I was thinking to myself, I said, ‘Do you matter?’ The hardest thing in the world is to try to matter in those situations. If you got Eminem and Dr. Dre behind you asking you, ‘Why don’t you put music out?’ you got the best people in the world telling you that.”

Dre also reached out to dEnAuN to create the beat for the trailer of the N.W.A biopic soundtrack. Denaun says the track was originally going to be on his album.