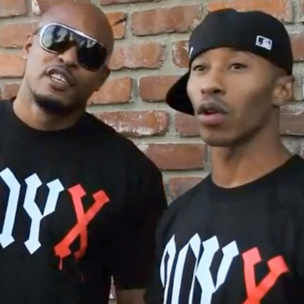 Onyx members Fredro Starr and Sticky Fingaz recently caught up with VladTV to recall the death of Jason “Jam Master Jay” Mizell, who was murdered on October 30, 2002.

During the conversation, Fredro Starr detailed a promise Jay made the group.

“When we first met him, [on] the first day he was like, ‘Yo, I got a label and when shit pop off, I’ma put y’all on,’” Fredro Starr says. “When he got his label, it popped off, he put us on and we rocked with [Jam Master] Jay and Jay became a brother. An older brother, a mentor, teaching us how to do everything… So losing Jay, we lost a lot. That was a big loss for Onyx just as far as an executive holding us down.”

“That was a big loss for fucking humanity,” Sticky Fingaz adds.

On a more intimate note, Fredro Starr also discusses how the iconic deejay’s death affected him personally, later describing Jam Master Jay as “the general of our army.”

“It affected us crazy because it was more than Hip Hop with us,” Fredro Starr says. “That was a good brother. We went to his wedding, his second wedding and all that, you know what I’m saying? He was more than just some dude we were signed to at a label… We spent a lot of hours in the studio crafting that first album, second album, third album. We always had a good respect for Jay… I think if Jay was here, a lot of things wouldn’t have happened that happened. Things would have been different. He was the general of our army.”

Sticky Fingaz also says that he still has Jay’s number in his cell phone.

Onyx’s interview with VladTV can be viewed below: