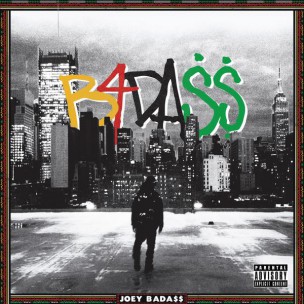 With last Tuesday (January 20) marking the release of albums from Joey Bada$$ and Lupe Fiasco, first week sales numbers are officially in and both B4.Da.$$ and Tetsuo & Youth cracked the Top 10 of the Billboard 200.

Meanwhile, Lupe clocked 35,740 units by week’s end according to Hits Daily Double, enough sales for the Chicago rapper to ride into the Top 10 at #9. Lupe’s first retail album in two-and-a-half years was initially projected to sell between 30,000 and 35,000 albums. Notably, Lupe’s last album, Food and Liquor II: The Great American Rap Album Pt. 1, sold 89,778 copies in its first week on shelves in 2012.