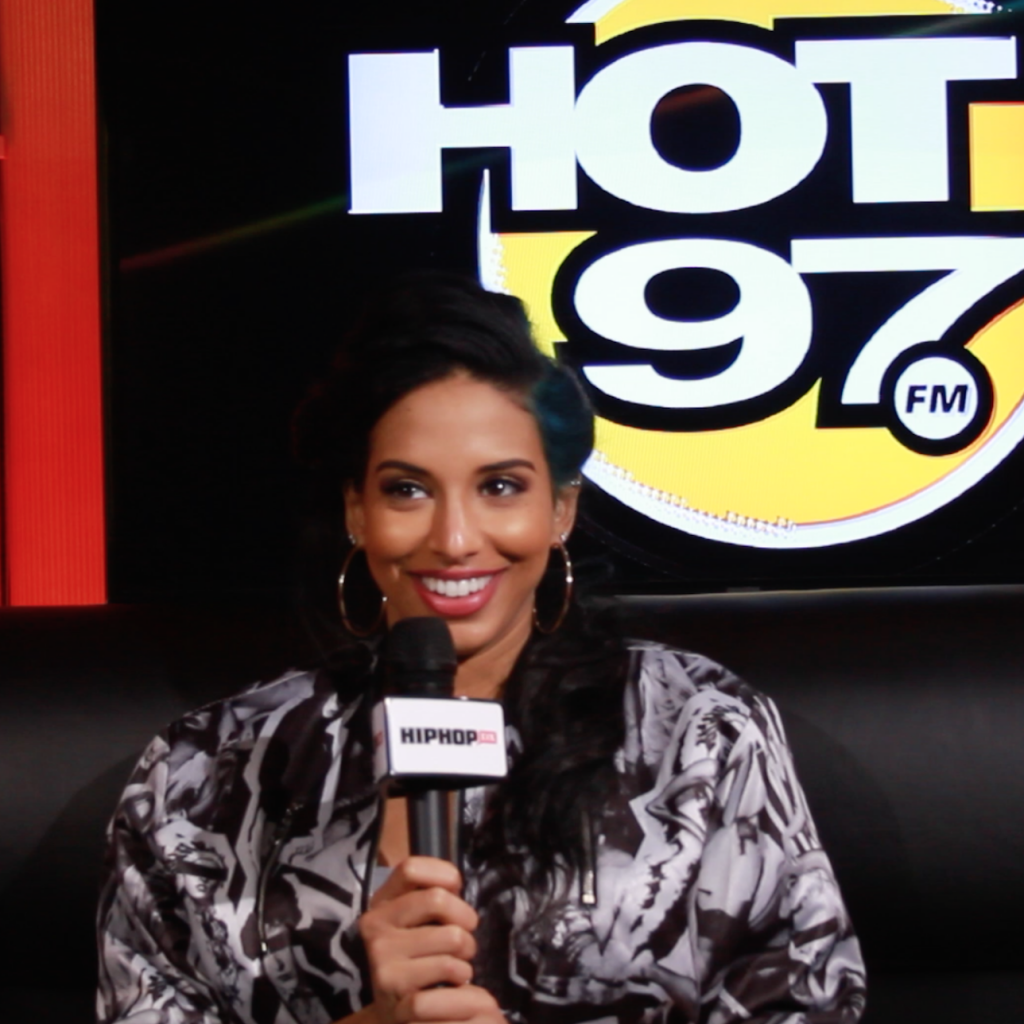 Listeners tuning into WQHT Hot 97 during their evening commute in New York City will hear a new voice over the airwaves starting today (January 26).

Several of the station’s tenured personalities —including Martinez and Mister Cee — have transitioned to other FM channels within the city.

Nessa is an NYC transplant— by way of the Bay Area — and for the past few years, she’s juggled multiple roles on both coasts.

As Wild 94.9’s evening personality, she had her own show broadcasted throughout San Francisco and Oakland — plus 22 additional markets. She likens her current position at Hot 97 to a “new relationship.”

“You’re gonna get out the new lingerie, you’re gonna spice it up a little and you’re going to thank your old boyfriend for teaching you those tricks but now it’s time to learn some new tricks,” she says. “I feel like coming to Hot 97 is a dream come true and I can’t wait to learn new things here.”

HipHopDX caught up with the new “Voice of New York” inside of Hot 97’s lower Manhattan studios to talk about her dream job, replacing Angie and her love for Tupac and Nicki Minaj.

HipHopDX: How does it feel to be a part of such a historic Hip Hop radio station?

Nessa: Incredible! I am so happy to be at Hot 97, doing afternoons. This is a dream come true, I mean this is it. Think of Michael Jordan, that’s like Hot 97 times a gazillion. This is where you want to be. For me, as a woman doing P.M. drive is everything.

DX: When the position first opened up last June, a lot of people threw your name out as a possible replacement. Did your hiring process begin last year?

Nessa: When it first opened up I was under contract, so I couldn’t talk. I was under contract at where I was till the end of last year. Honestly, I had to do some serious soul searching like ‘yo I might not get this, this might not be for me but if it is meant for me it’s all going to work out the way it’s supposed to work out’ and that’s exactly what happened. That’s how I know this is meant to be.

DX: Has it been difficult to adjust to New York City?

Nessa: I was always coming to New York because I do MTV Girl Code. Every two-and-a half weeks I was doing something for MTV. So, I was living bi-coastal for the past three years and after a while it’s cute, you’re getting those miles but after a while you’re like I just want to live in New York, it’s easier than commuting back to California to do my radio show. For me to actually be here permanently in New York is way better.

DX: I know you’re a huge fan of Tupac but you’re on the east coast now, what are your thoughts on NYC’s Hip Hop scene?

Nessa: Well, Pac being originally from the east is everything to me. So, I’ve always wanted to be permanently in New York. Pac got his character, so much of who he is from here. He bounced around, went to Maryland, the Bay area then L.A. Ultimately, this is where it’s at. This is the start of Hip Hop. I’m just proud that I can be a part of this entire legacy.

DX: Who is your favorite NYC rapper? I know you have spoken to quite a few.

Nessa: I’m excited to get more involved with the New York city scene as far as artists wise. I am a huge Nicki MInaj fan. I have such a big crush on her — like big — but she knows this. I’m a creeper to her. I think she’s awesome and as a woman, just her being so strong and so passionate and being one of the best competing against the best. Nicki is incredible and I think she’s proved herself many, many times. I think a lot of times, women, we have it hard. We have to quadruple every guys accomplishment to kinda get recognized but Nicki’s been able to do it time and time again so for me Nicki Minaj is who I love. Of course, you got your classics …. Dipset and that whole era. Of course as a kid, I listened to them. For my generation now, I love Nicki. I really hope she lets me touch her booty and boobs, I feel like she’s going to let me do it the next time I see her.

DX: Do you have a favorite song off The Pinkprint?

Nessa: Oh my gosh, everybody’s going to be like that’s so cliche but “Truffle Butter.” Look at me, that is my song. Nicki, I’m more than happy to be an extra in your video. I’m willing to be your love interest in the video for free — nothing— I will do it for you.

DX: You have interviewed countless celebrities in the past and you always find a way to intertwine sex and butts in the conversation, how?

Nessa: Sometimes, so many of us get caught up in like the technical part of it like “oh your album and who’s going to be on it and blah blah blah” and that’s fine and everyone has their own style. I’m not saying that I don’t do that and I don’t ask those questions but for me, I have a really bad attention span. So, I need to be constantly entertained. The questions that I ask is just from me, it’s not hype. If I want to know who you want to sleep with, it’s because I really want to know who you would rather be inside of you. There’s nothing to it. It’s like “hey I wanna know who you think is cuter.”

Nessa: For sure, coming to Hot 97 is everything. It means the world to me that my bosses hired me to bring that element to Hot 97 which is fun, energetic outlook on everything, especially in my interviews. That’s always been my style.

DX: Angie Martinez built a solid legacy at Hot 97. How tough will it be to replace her?

Nessa: Angie’s always been an inspiration to me. I used to listen to her as a little kid. She paved the way for so many of us, especially us women who have always wanted to do different roles in radio other than the typical sidekick roles, which are fine. Angie was that person who stapled it, along with others like Wendy Williams, there’s strong powerful women and I think that everything that is happening for Ange is great she’s at a different point in her life. She’s a mom. She has a cookbook, she’s graduated to a different mature part of her life, which is great, which is what we all should do as we get older. So, kudos to her. I’m just thankful that I have this opportunity right now.

DX: Monday is your big day. Have you prepared what you are going to say?

Nessa: I know exactly what I’m doing but it’s a surprise, you have to listen. Everyone’s been saying what they think it should be and there’s always feedback like ‘oh you should do this you should have this person do that and this’ I think at the end of the day, ultimately what matters to me is I’m at Hot 97, the most important Hip Hop radio station in the world. Our platform is incredible, I just want to say thank you and love the listeners that are tuning in because it means the world to me. At the end of the day, it’s about the audience who’s listening and I want to hear from them. It’s simple, its to the point, it’s what I want and I feel like it’s genuine. I’m looking forward to talking to the people.

DX: Is it safe to say you’re the new “Voice of New York”?

Nessa: I would say the new voice of our generation, because I respect that title and I respect the ones before us, you gotta respect them.