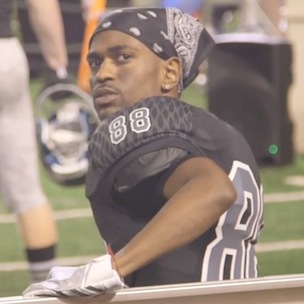 The lead single off Big Sean‘s upcoming album almost landed in the hands of another artist.

Big Sean’s break-up anthem, “I Don’t Fuck With You” (“IDFWU”), was originally meant for Justin Bieber, according to Mike Free.

The producer recently told XXL that he went into the studio and “planned on making something big.”

“Originally, I think Justin Bieber was supposed to have it,” he told the publication. “He had posted a video of a snippet and everything, where it was him doing the song. They ended up taking it and Big Sean got the song, and I’m glad, because we ended up getting a really strong record for Hip Hop.”

Free’s involvement was not mentioned during an MTV interview with Big Sean and DJ Mustard earlier this year.

“I remember the song came about … I was in the studio with Mustard,” Sean recalled. “This is just one of the three ideas we came up with. We recorded it so long ago that it had time to get worked on. Ye’ came in and did his part. Key Wayne came in and added what he added. DJ Dahi added what he added, so it got time to get worked on, made proper and I think it made it special.”

Sean has yet to confirm whether Free had some involvement with the track.

Earlier this month, “IDFWU” was certified gold by the Recording Industry Association of America.