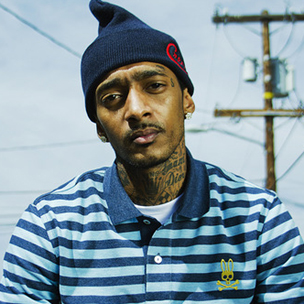 Nipsey Hussle said on Twitter yesterday (December 28) that his Mailbox Money project will be released December 31.

The announcement from the Los Angeles rapper also included three price points for the collection.

Consumers willing to purchase one of 100 hard copies of Mailbox Money will pay $1,000 for the release. He says it will be available for $10 on iTunes and for free at DatPiff.com.

“If you buy Mailbox Money, you’ll get a product that I haven’t announced yet: access to the secret store that we’re getting ready to have the grand opening for and you get to hear Victory Lap exclusively with me in this place that we built,” Nipsey Hussle said at the time. “It’s an experience. We can’t fit more than a 100 people in the store. We just wanted to do something different this time.”

5. Count Up That Loot

The Mailbox Money cover art and stream are as follows: