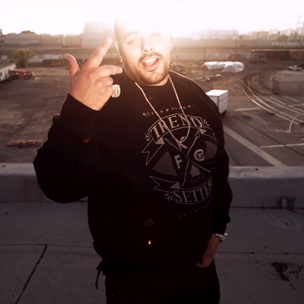 Sharing images and soliciting cannabis violates both networks’ drug policies and businesses that sell the plant have lost accounts and followers.

In a solution to aid those affected by the current “crackdown,” Taylor Gang affiliate Berner and Weedmaps.com have partnered to launch the “Instagram of Marijuana.”

On January 1, Marijuana.com will convert into the premiere destination for cannabis enthusiasts worldwide.

Berner will serve as the site’s Executive Director and will operate as a brand ambassador, as well. His involvement stems from the removal of his own Instagram account.

“I was one of the accounts that got deleted,” he says via a press release. “I was fortunate enough to get my account back but many other community members have not been so lucky. This community is special to me and we believe in this plant and now Marijuana.com will unite and bring our people together.”

Weedmaps.com Co-Founder and CEO Justin Hartfield believes Berner is a perfect partner because he’s not just a rapper looking to profit off the industry.

“He is deeply passionate about marijuana legalization and someone that has known, loved and respected marijuana since long before there was even an ‘cannabis industry’,” Hartfield says.

Weedmaps.com will operate out of a new office space in San Francisco. They chose the Bay Area due to its history of marijuana innovators and pioneers.

“In San Fransisco, great weed and great technology go hand in hand,” Berner says. “I can’t think of a better city to put our roots in the ground.”