A 20-year-old woman with Down’s Syndrome and the mental capacity of a 4-year-old was raped in Florida by a man who received a 31-year prison sentence for the crime.

The victim’s favorite artist was 50 Cent and when the rapper appeared in Florida Tuesday (August 26) at a Palm Beach County court hearing regarding a lawsuit with audio company Sleek Audio over his line of SMS headphones, the rape victim’s attorney approached 50 Cent and played a video recording she made on her phone of her client singing to the chorus to one of 50 Cent’s songs, according to The Palm Beach Post.

“Aww, I really appreciate that,” 50 Cent said of the video before entering a hearing room with his lawyers. “Thank you. That was nice.”

The attorney, Assistant State Attorney Jessica Kahn, said that she will show her client a photo she and 50 Cent took while in the courthouse.

“She’s going to go crazy when I show this to her,” Kahn said of the photo, which is below. “I’m excited that I could do that for her.” 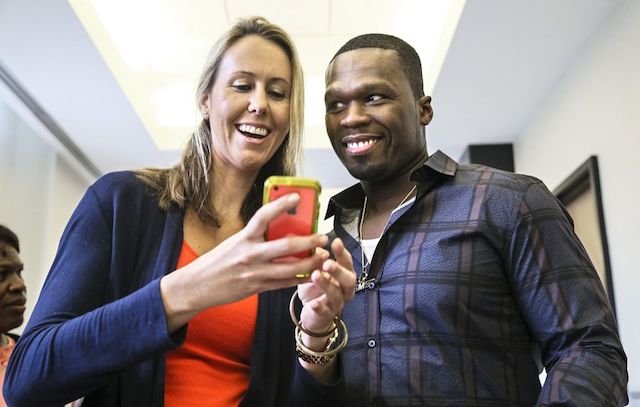